ONE MAN ON A BIKE | Mortons Books

Home / Lifestyle / One Man on a Bike 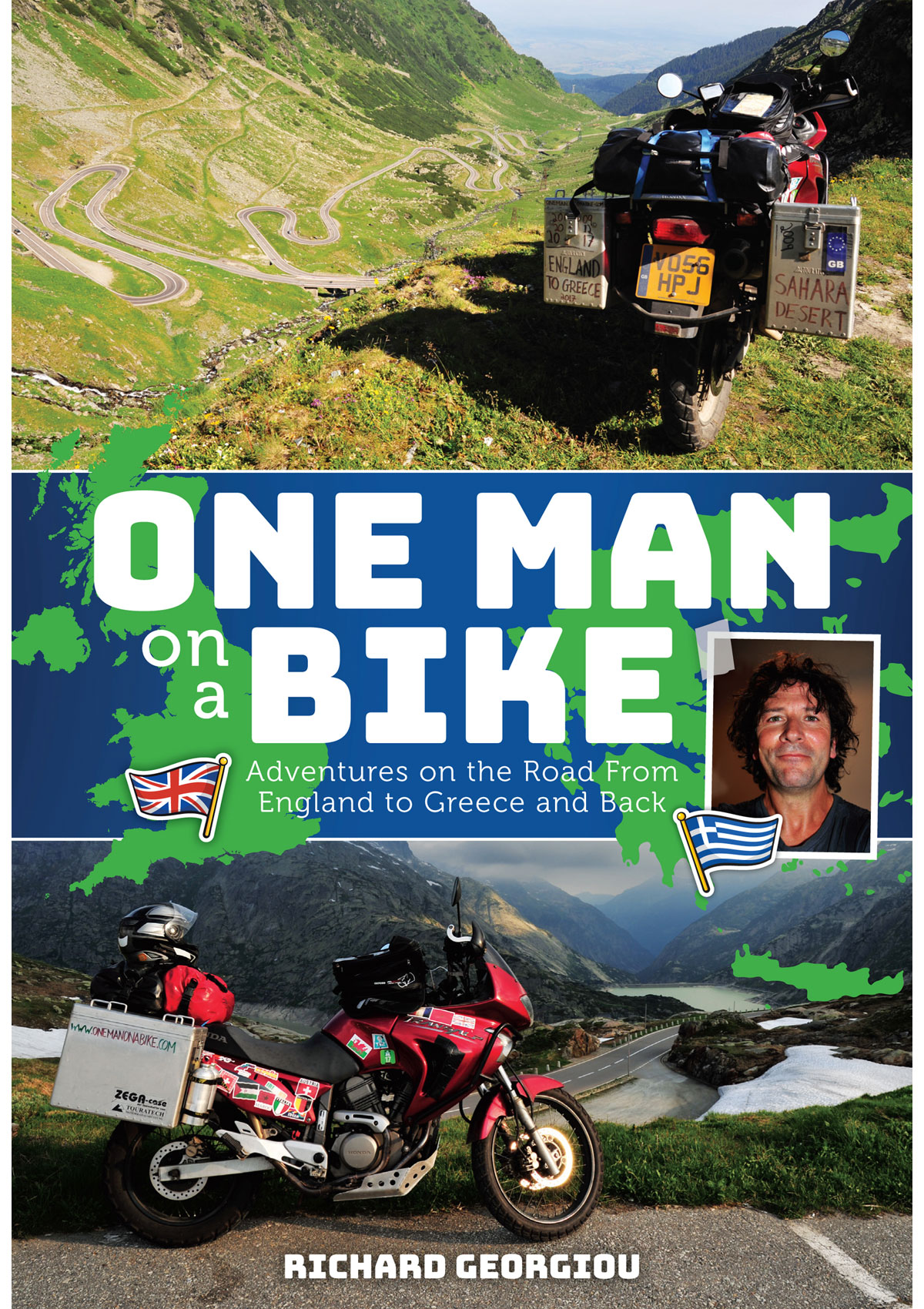 Take one self-deprecating idiot with a sense of adventure and a sense of humour but no sense of direction, add a vindictive GPS, and you have One Man on a Bike. This book is a record of author Richard Georgiou’s month-long solo trip from England to Greece and back on his motorbike. With his incredible propensity for disaster, he bumbles through Europe in his own special style attempting to absorb his surroundings while keeping his inner Mr Angry at bay. Sometimes he succeeds, sometimes he really doesn’t. Follow Richard through his 6000-mile, little boy’s adventure. You might be laughing with him or (more likely) at him, but by the end of the book you’ll understand a little more about what it’s like being someone who struggles to reach the dizzy heights of average.