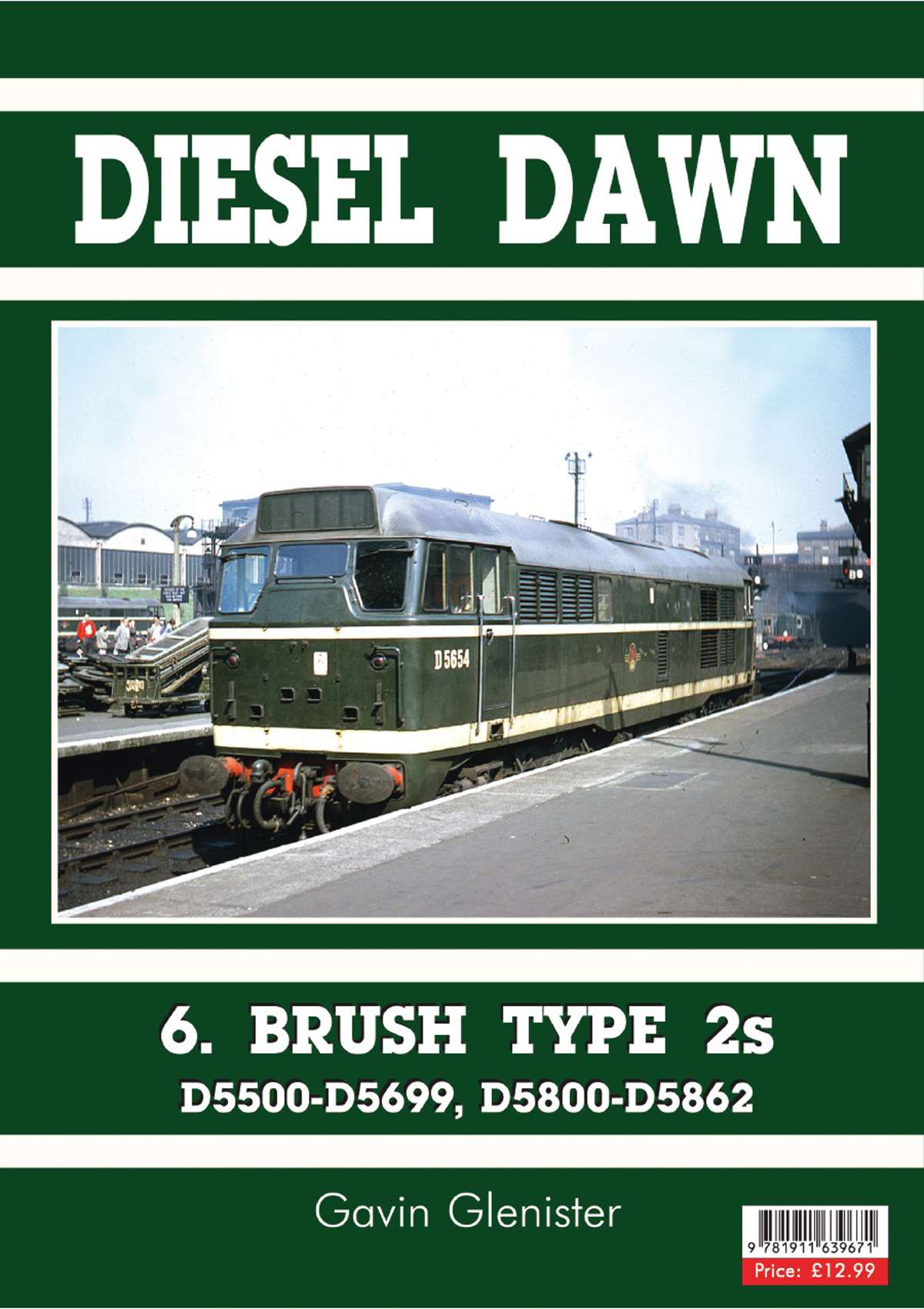 No.6 in the DIESEL DAWN series, describing the 263 locomotives built by the firm Brush Ltd of Loughborough from 1957. This series sets out to record in colour and black and white the prototype origins and production lives of the main line diesel locomotives introduced during the 'Great Modernisation' undertaken on British Railways from the late 1950s through to the 1960s, eliminating steam power in the process.

One of the main pillars of the new diesel fleet came in the form of the Brush company's diesel locomotive for mixed traffic work, the 'Type 2' referring to the power rating of their Mirrlees engines - 1,250hp.

The name 'Brush' it has to said is less than stirring after the fashion, say, of 'Deltics' or 'Warships' but an entire swath of British Railways, the Eastern Region, relied very heavily upon them for all manner of freight and passenger work; they were even suited to country branches in the wilds of East Anglia. In later years they were used much more widely, from the West Country to the far north of England. They were also long-lived, unlike many of their contemporaries that appeared in the 'Diesel Dawn' of the 1950s and 1960s; the last was only withdrawn from service in 2017.