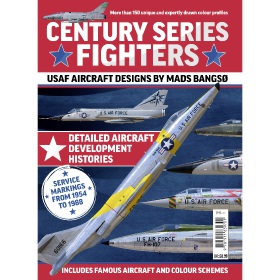 These fighters, though made by a range of different companies and designed to fulfil a variety of roles, were all at the cutting edge of technological development in their day with advanced avionics, aerodynamics and armament.This new publication celebrates these incredible aircraft through the superbly detailed and highly accurate profile artwork of Mads Bangso.