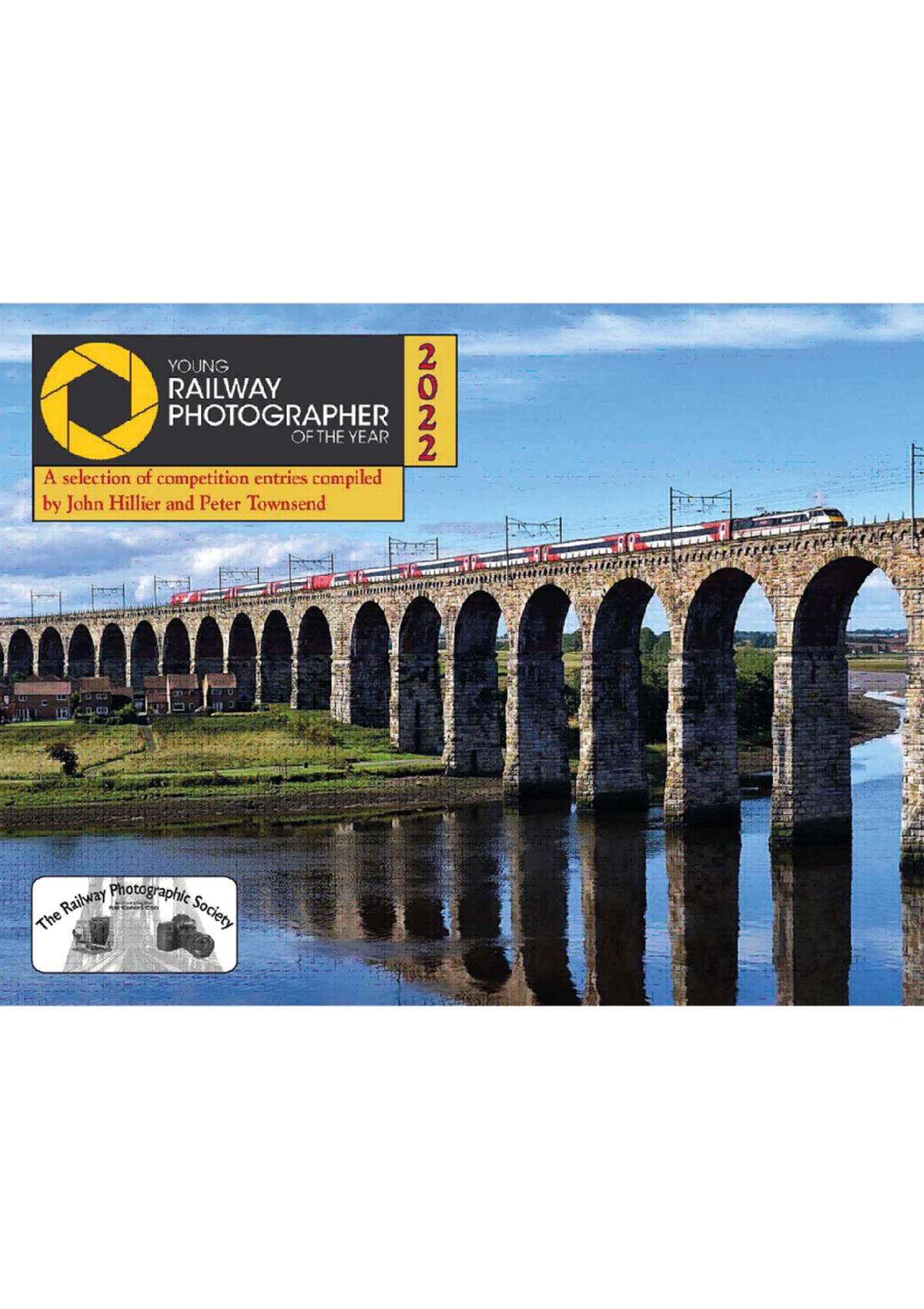 Young Railway Photographer of the Year 2022

Young Railway Photographer of the Year 2022

In 2018 the Rail Camera Club organised the ‘Rail Cameraman’ exhibition at Locomotion, Shildon, showcasing the work of the club’s members. This led to a photographic album to accompany the exhibition, The Photographic Artistry of Rail Cameramen, published by Silver Link.It was therefore a natural progression that a competition to find the ‘Young Railway Photographer of the Year’ be held, the results of which can be seen displayed in this volume. The intention was to encourage photographers under the age of 25 and with an interest in railways to maybe follow in the footsteps of the RCC’s existing members by producing high-quality images capturing the changing railway scene.The competition, on the theme of ‘The Railway Seen’, was launched in November 2019 but delayed by a year due to restrictions imposed by the Covid pandemic. To the delight of the organisers and sponsors, more than 900 images from more than 150 individual entrants were received. As can be seen, the pictures ranged across a wide variety of subjects, locations and photographic treatments, which made the judges’ task far from easy!The photographs are accompanied in some cases by the entrants’ thoughts on his or her approach to railway photography, together with explanations of their techniques and influences. Throughout, their enthusiasm for the hobby shines through.Also featured in the book are hints for submitting photographs to railway publications, and all-important safety rules for photographers working in this potentially dangerous environment.It is clear that the capturing of the many and varied aspects of the railway is alive and well in the hands of the younger generation of up-and-coming photographers, and this book will be an inspiration to anyone wishing to pursue this all-absorbing pastime.

Complied byJohn Hillier spent a successful career in HR and general management and chaired a number of national committees for bodies such as the CBI and the food industry in addition to chairing an independent review for government. He is an established and published railway photographer who was accepted into The Railway Photographic Society in 1964. Upon the demise of the RPS in 1976, John joined the Rail Camera Club. He also contributes to the RCTS Photographic Folio. In 2018 he organised the highly acclaimed RCC ‘Rail Cameraman’ exhibition at Locomotion, Shildon, when his book The Photographic Artistry of Rail Cameramen was launched. His book Rail Cameramen II followed shortly after. In his spare time (!) John project-managed the latest overhaul of privately owned ‘Jubilee’ Class No 45596 Bahamas and its return to main-line operation. He has worked on a further book with Peter Townsend in the ‘Locomotive Recollections’ series about this engine. He is an occasional contributor to various transport publications.

Peter Townsend has been a rail enthusiast since his childhood days in Swindon. Having left school with the intention of being a civil engineer, he changed course and joined W. H. Smith, spending a number of happy years before moving into sales in the book publishing industry. Having worked for Transworld Publishing, Futura Publishing, Patrick Stephens Ltd, Thorsons Publishing Group, and latterly Harper Collins, he acquired Silver Link Publishing Ltd in November 1990 and ran the business for 30 years. In 2020 he semi-retired, having transferred the ownership of the company to Mortons Media Ltd. Peter continues to work on book design and layout on a freelance basis for a number of publishers. In his spare time (!) he has built an extensive model railway layout centred on Swindon Town station and the erstwhile Midland & South Western Junction line between Cheltenham and Andover during the BR era circa 1960. He has also co-authored a number of books with the well-known author John Stretton.