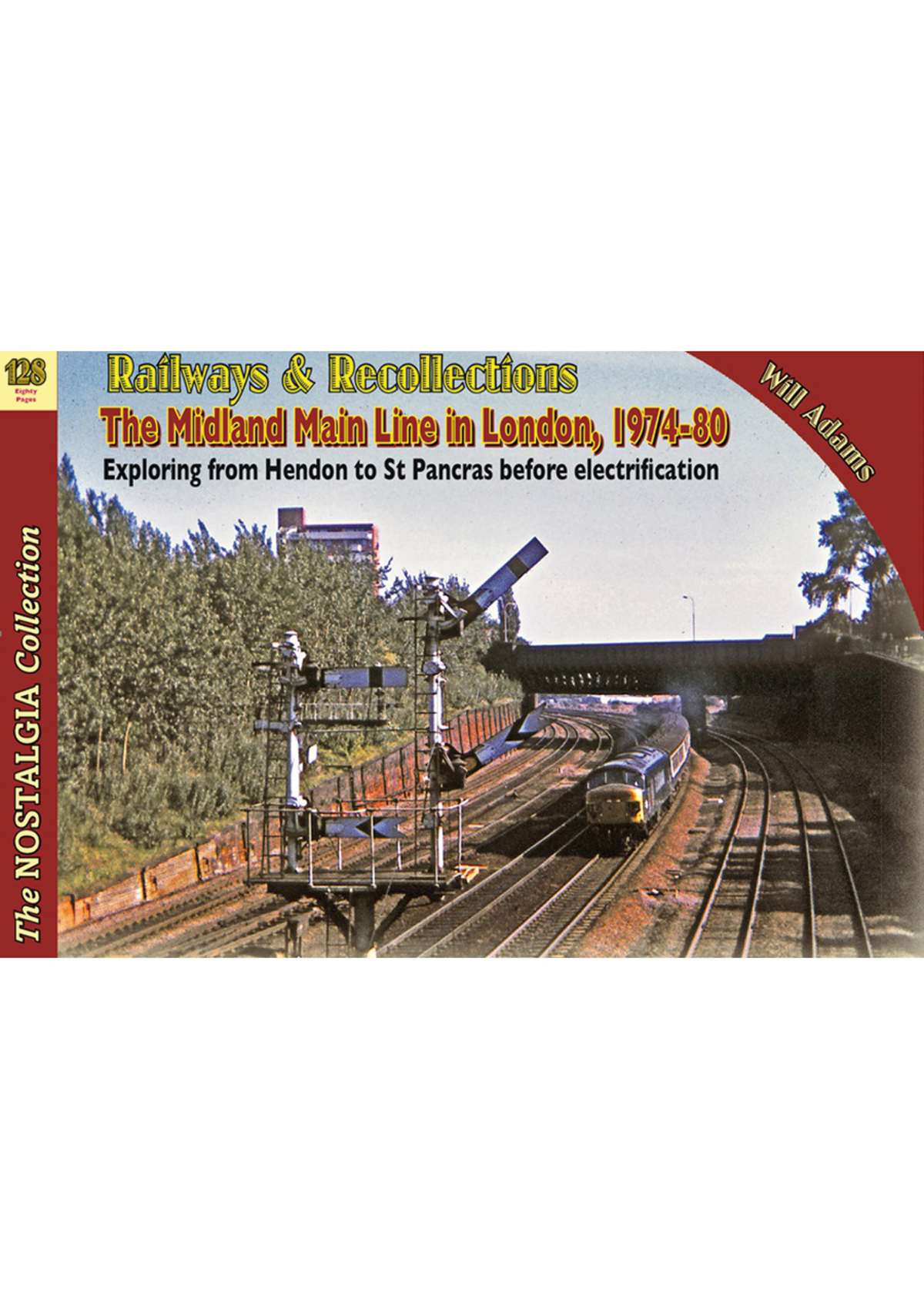 The Midland Railway’s extension to London from Bedford to St Pancras opened fully on 1 October 1868 (local trains had run via St Pancras Tunnel to Moorgate from 13 July). From then on, improvements and widenings were undertaken through to 1905. Sufficient land had been purchased at the outset for four tracks, and from opening there were four from St Pancras almost to Hendon, except through Belsize Tunnel. Two additional tracks were provided between St Pancras passenger and goods stations in 1870. The intermediate stations opened in the London area on 13 July 1868 were Hendon, Finchley Road, Haverstock Hill, Kentish Town and Camden Road. On 2 May 1870 Child’s Hill & Cricklewood (just Cricklewood from 1903) was added, together with Welsh Harp. West Hampstead (under various early names) followed on 1 March 1871. In 1884 Belsize New Tunnel was opened, and widening to six tracks was undertaken between St Paul’s Road Junction and Carlton Road Junction, together with the Tottenham North Curve towards Barking from the latter place. This was joined by the South Curve via Engine Shed Junction in 1900, to form a triangular junction. (There was also the Tottenham South Curve ‘flyover’ line from Kentish Town to Highgate Road and onwards to Barking, opened in 1870.)  Further widening between Hendon and West Hampstead was completed by 1905. And thus, with all the associated sidings, yards and loco sheds, the Midland Main Line in London reached its greatest extent.