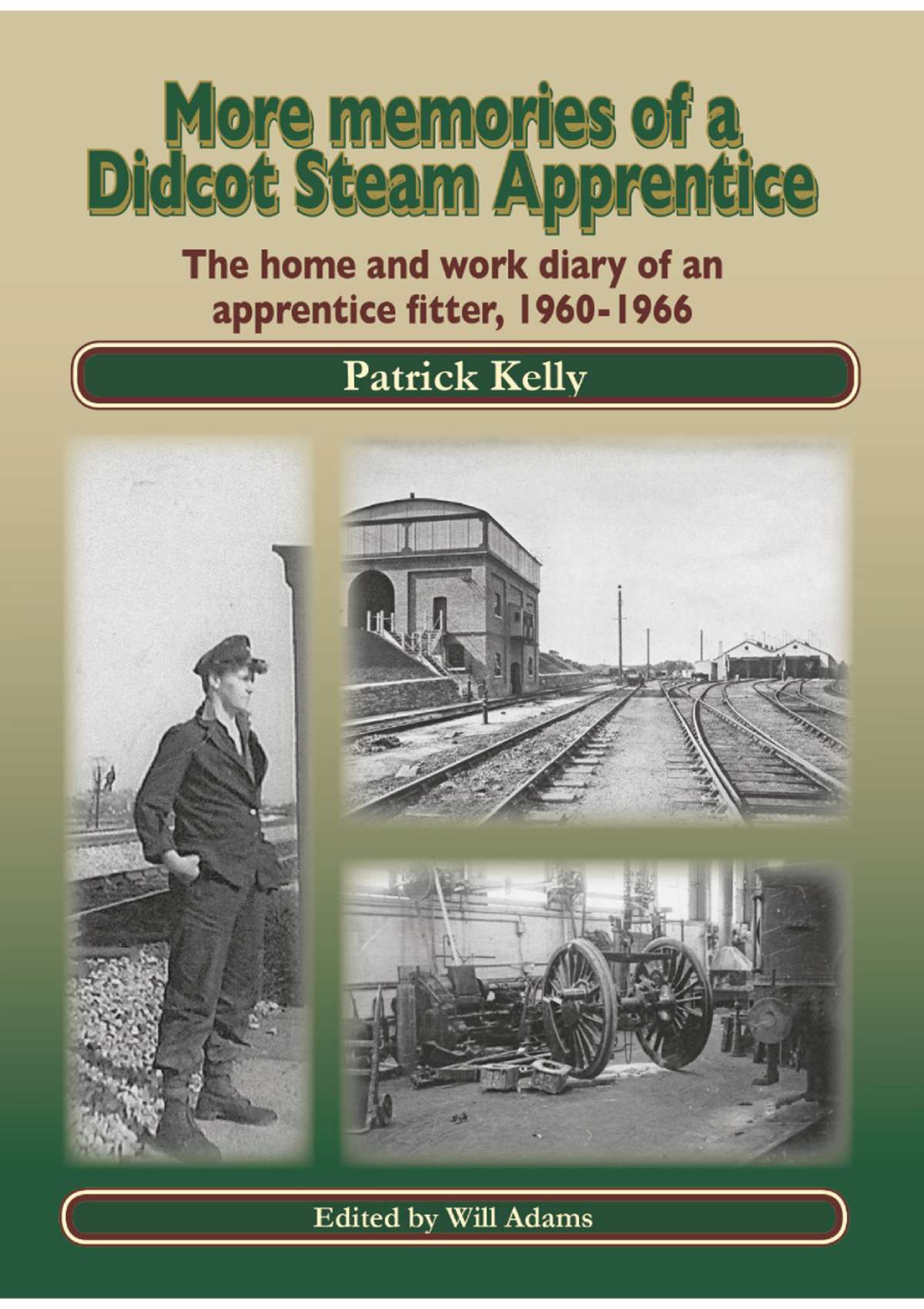 "The first volume of Pat Kelly’s memoirs of his time with British Railways in the early 1960s, Didcot Steam Apprentice, was published in 2008, and found an enthusiastic audience. Since then Pat has felt the need to dig deeper into his memories, and reveal much more detail about his day-to-day life at Didcot shed on BR’s Western Region in the dying days of steam, as a young inexperienced 15-year-old thrown into the tough, uncompromising world of working men. His new book, hugely expanded, describes in detail some of the perilous and dirty jobs they did on and beneath the steam locomotives, long before the days of ‘Health and Safety’, and how he perfected his skills at the shed’s forge. It also covers daily routines, initiation ceremonies, and his assorted workmates, some friendly, and some whose greatest pleasure was trouble-making and back-biting. In particular he describes his warm, encouraging and almost father-and-son relationship with his mentor, lifting shop fitter Jim Tyler, and with the running and maintenance foreman, Arthur Brinkley. Almost novelistic in its breadth, Pat’s book also tells of his difficult home life, his close friendships and his girlfriends, the latter strongly disapproved of by his domineering mother. Here then is the enthralling story a boy learning to hold his own in a man’s world, revealed in fascinating detail and told with great honesty. Featuring not only Didcot shed, but also spells at Swindon, Reading and Old Oak Common, it will appeal to anyone who has ever found themselves in a similar situation, as well as railway historians and enthusiasts."