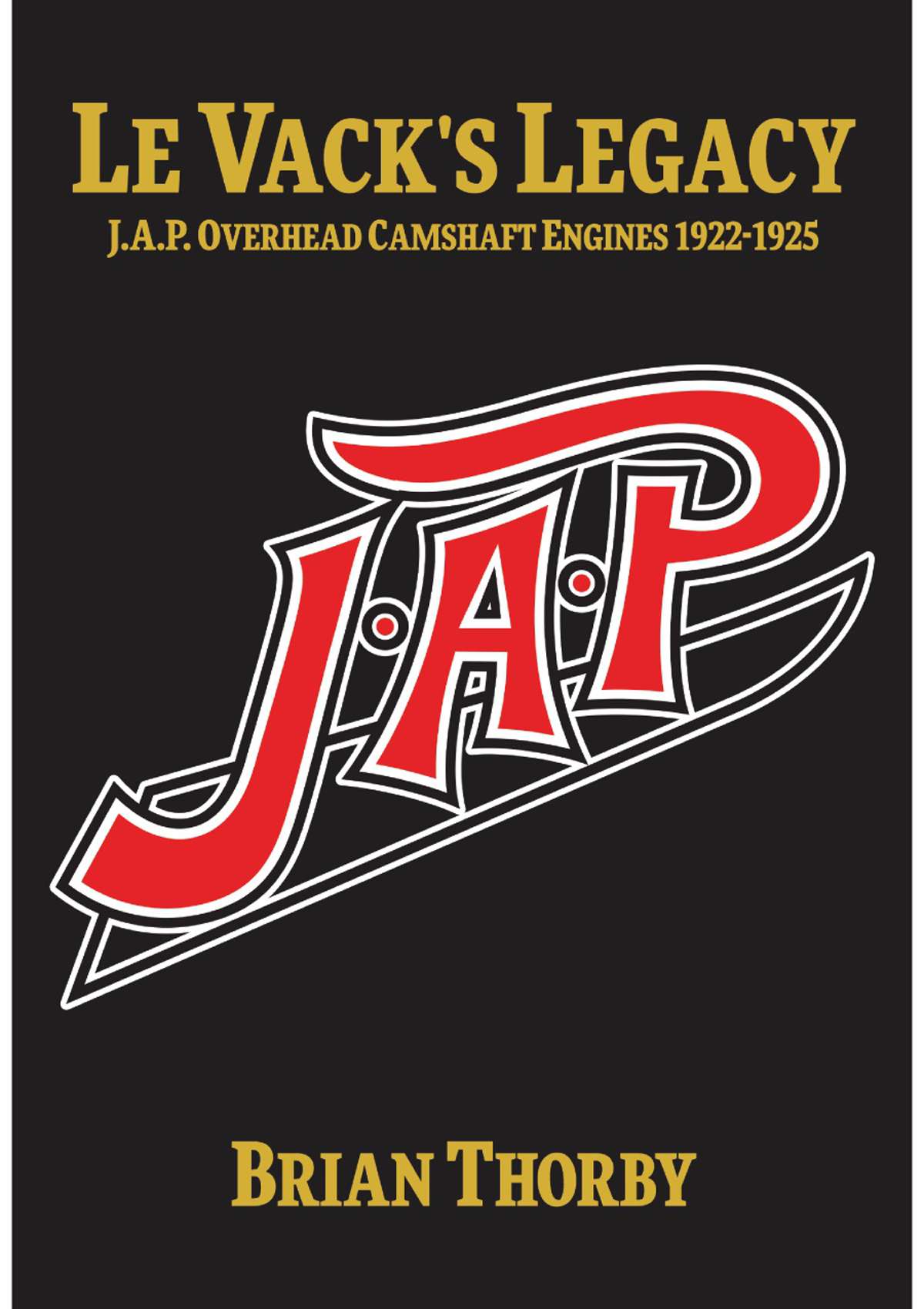 The largest supplier of proprietary motorcycle engines in the world, J. A. Prestwich & Co (aka JAP), decided to go racing with something unique in 1922.

In a matter of weeks, a small team headed by Val Page, aided by Herbert Le Vack, had produced a radical new design – the first British double-overhead-camshaft motorcycle racing engine. With this amazingly advanced engine fitted to a New Imperial frame, Le Vack stunned his competitors at the 1922 Isle of Man TT. From then on the engine and its successors proved invincible – breaking numerous National and World Records over a four-year period. Yet the subsequent world recession, and a world war, consigned these achievements to memory and eventually bestowed upon them an almost mythological status. JAP’s engineering archives were discarded, and the handful of engines made might well have been lost too had it not been for a series of enthusiasts.In Le Vack’s Legacy, Brian Thorby traces the fortunes of the small number of JAP racing engines and parts that have wandered Europe for nearly a century. Much has been written and illustrated about JAP ohv Speedway and V-twin engines, but almost nothing about their unconventional double-overhead-camshaft brothers – until now. This authoritative new account finally puts aside the myths and sets the record straight.