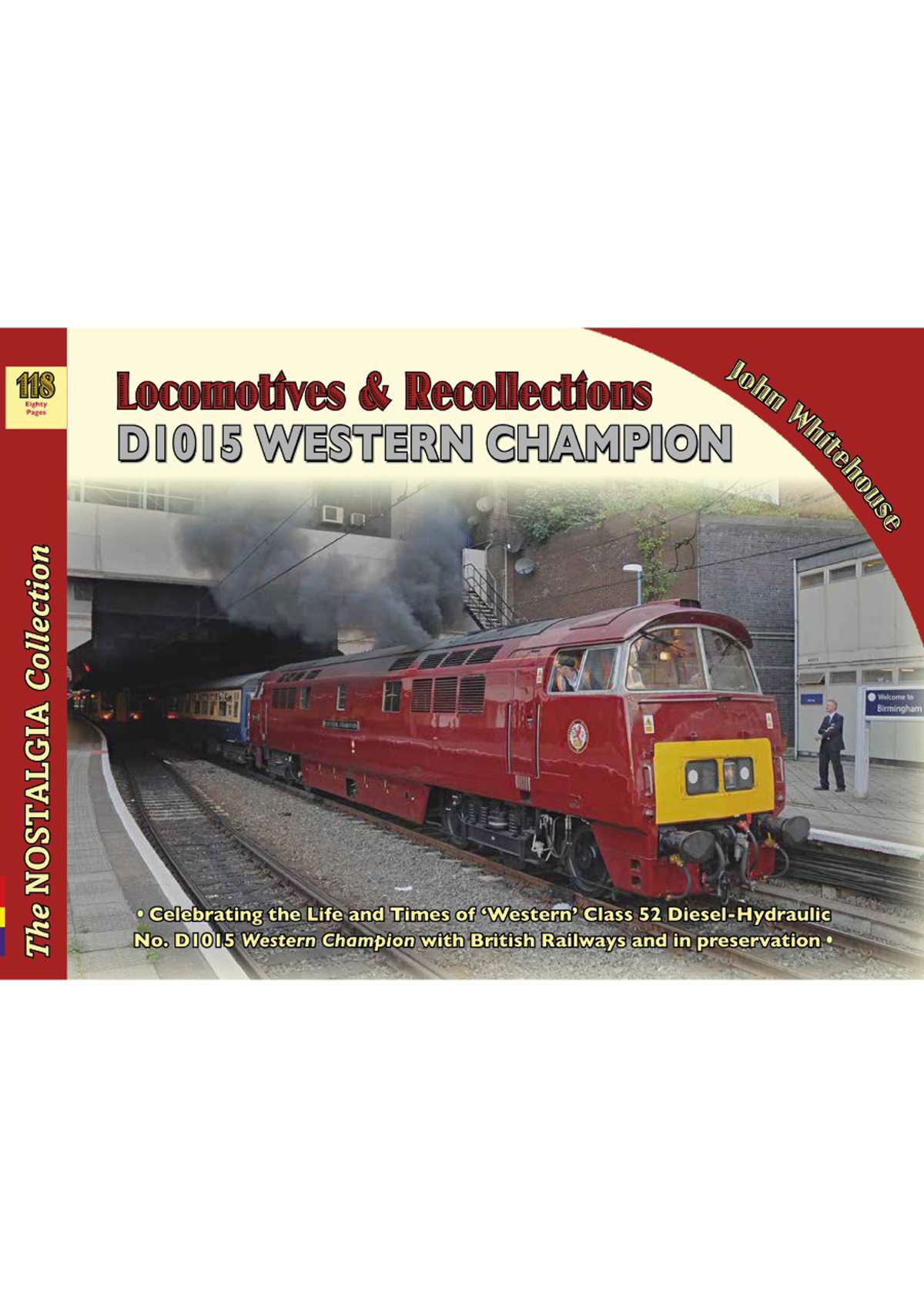 In the sixteen years following introduction in 1961 and withdrawal in 1977 the ‘Western’ diesel-hydraulic locomotives of the Western Region arguably went from pariah to cult status. When new they heralded the approaching end of steam on the Western Region of British Railways, and were initially disliked as they supplanted the much loved former Great Western ‘King’ Class steam locomotives. However, later, when the British Railways Board decided to standardise their fleet with diesel-electric traction, the ‘Western’ diesel-hydraulics became the favourite locomotive of a growing enthusiast fraternity interested in ‘modern traction’. Such was the impact, that ‘Western’ hauled farewell rail tours attracted crowds not dissimilar to those associated with the end of steam on British Railways in 1968.

As the few remaining members of the class worked the valedictory rail tours in 1977, one ‘Western’ in particular, No. 1015 Western Champion, was not involved. While its surviving classmates played to the galleries of admirers, this ‘Western’  languished on the ‘condemned’ line at Swindon Works having been withdrawn in December 1976 following a minor derailment. Then, a candidate for the cutters torch, fate was to intervene and Western Champion was saved, literally at the last minute, for posterity and an eventual triumphant return to main line activity, by the Diesel Traction Group.

This, the 118th volume in The Nostalgia Collection’s Railways & Recollections series follows Western Champion through its final few years in service with British Railways, and then takes up its story again when restored to main line workings in 2002. The author was one of the many who chased the ‘Westerns’ in those final hectic three years in BR service, and has since followed the progress of Western Champion around the country to locations such as the Kyle of Lochalsh, Edinburgh, Holyhead and Great Yarmouth, all, far away from its normal operating territory when with British Railways. Illustrated throughout with over 100 colour photographs, together with some classic black and white images for good measure, this volume is a celebration of the Life and Times of Western Champion in action.