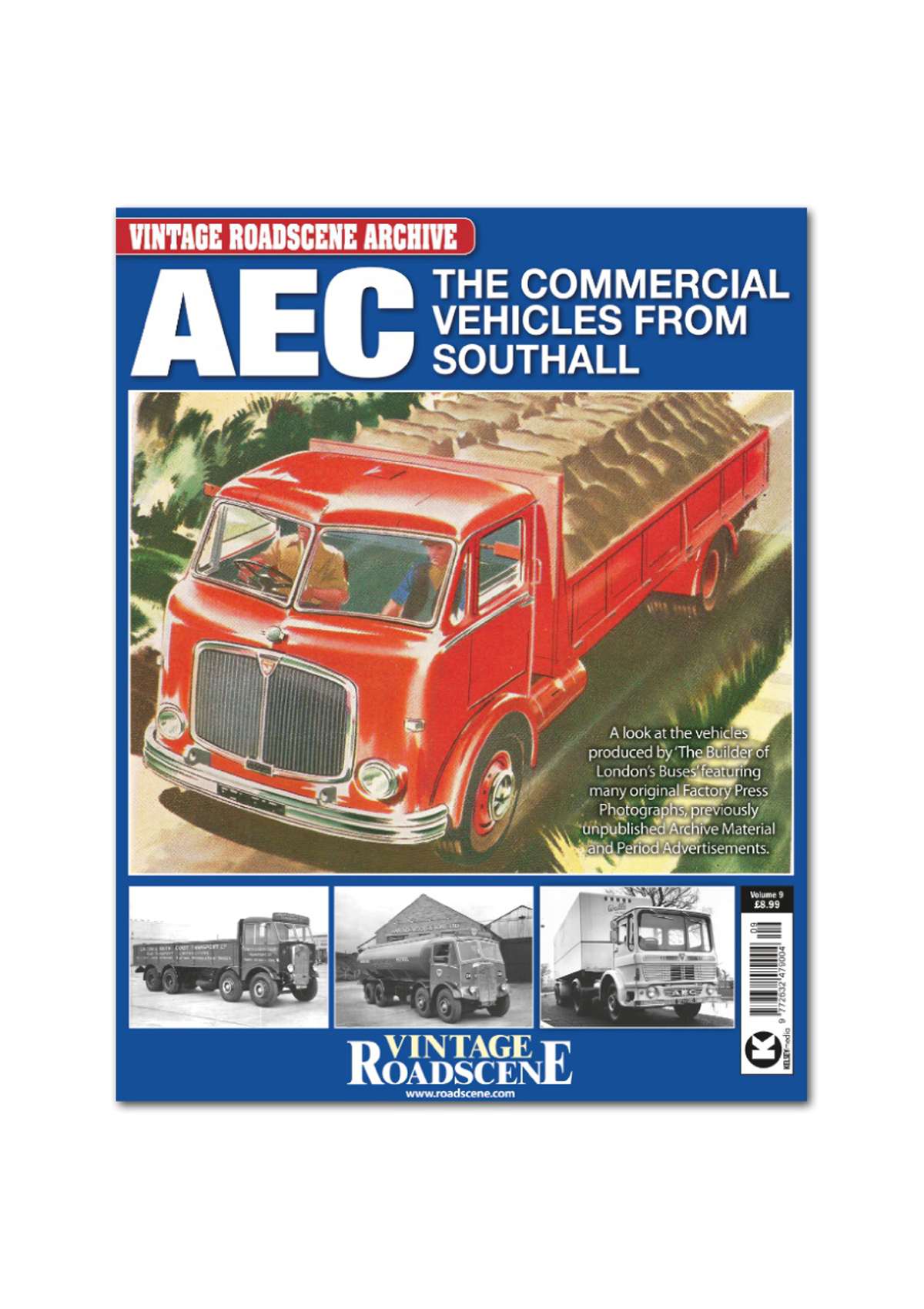 
"AEC - THE COMMERCIAL VEHICLES FROM SOUTHALL

A largely pictorial history of the commercial vehicles built by ‘the builders of London’s buses’ from its beginnings to the end of production under British Leyland. Using archive pictures mostly taken for AEC promotional purposes over the years, this special edition features a fascinating range of lorries, including the earliest on solid tyres, many classics from the 1930s, wartime, the early post-war years, the tin-front era and the later Ergomatics, not forgetting dumptrucks and buses."