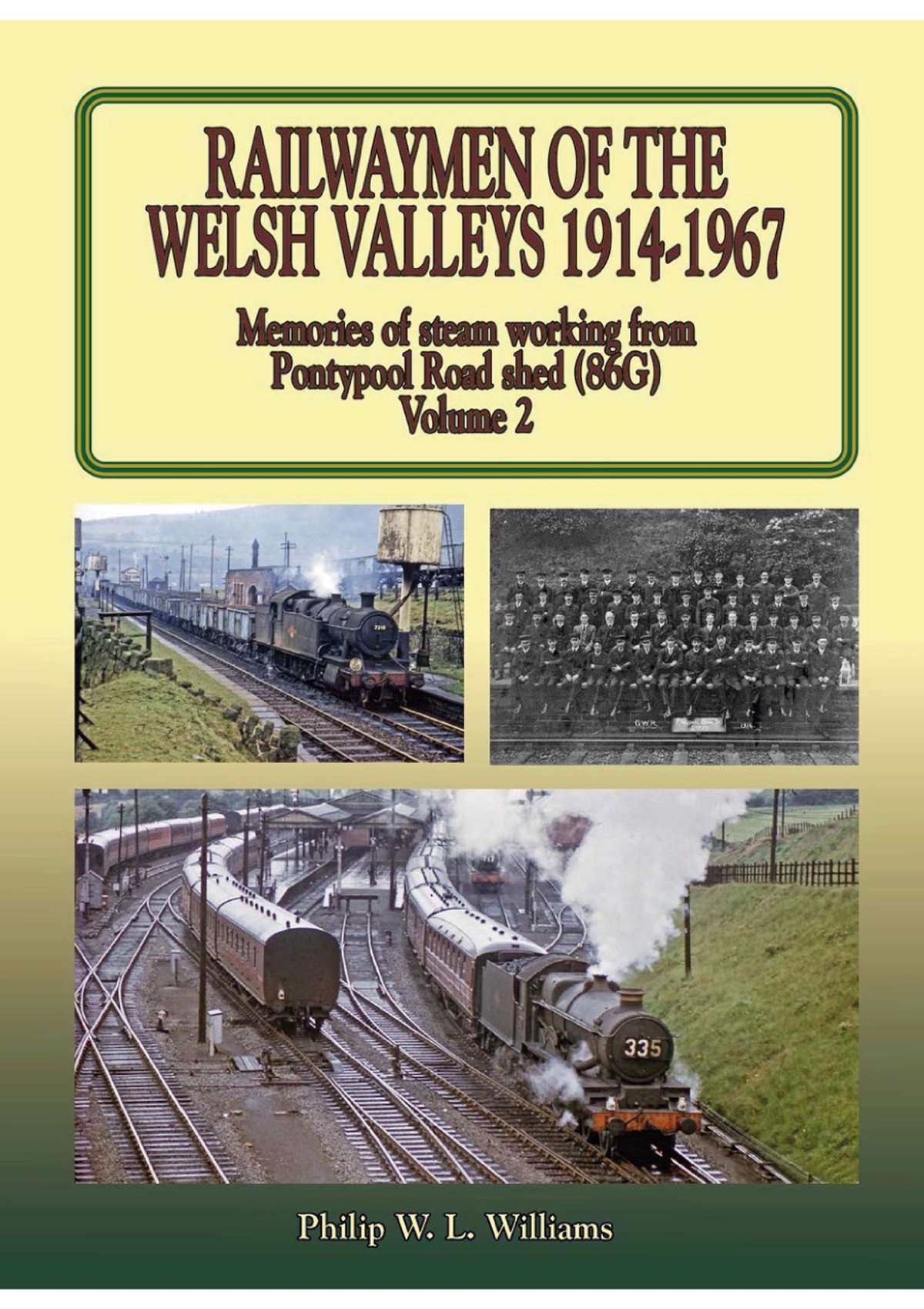 
Those readers who have already read the late Phil Williams’s first volume chronicling the lives and times of railwaymen working in and around Pontypool Road loco shed will be familiar with the fascinating detail that constitutes the men’s reminiscences.

More recollections – and some 400 rare photographs – are to be enjoyed in this second volume. The first chapter deals with the Eastern Valleys line to Newport, with personal memories from the drivers and firemen who worked the route, as well as from railway enthusiasts who, as observers, watched the comings and goings. The men’s personal memories were painstakingly recorded by Phil, and cover all the many facets of steam railway operation – goods trains, main-line passenger services and pilot duties, dealing with snow, banking goods trains on gradients, servicing the myriad sidings, collieries and depots connected with the railway, and much more. A sombre note is struck by the encroachment of the new diesels, which were to spell the end for a whole way of life for the valleys’ railwaymen.

Working from Aberdare loco shed is also covered, and a chapter is devoted to former Pontypool Road locomotive driver Phil Williams (no relation), affectionately known as ‘Full-load Phil’, who inspired his namesake’s interest in railways from a very early age.

Finally, the last days of steam operations are described, bringing to an close this extraordinary record of life during the Steam Age in the Welsh valleys.