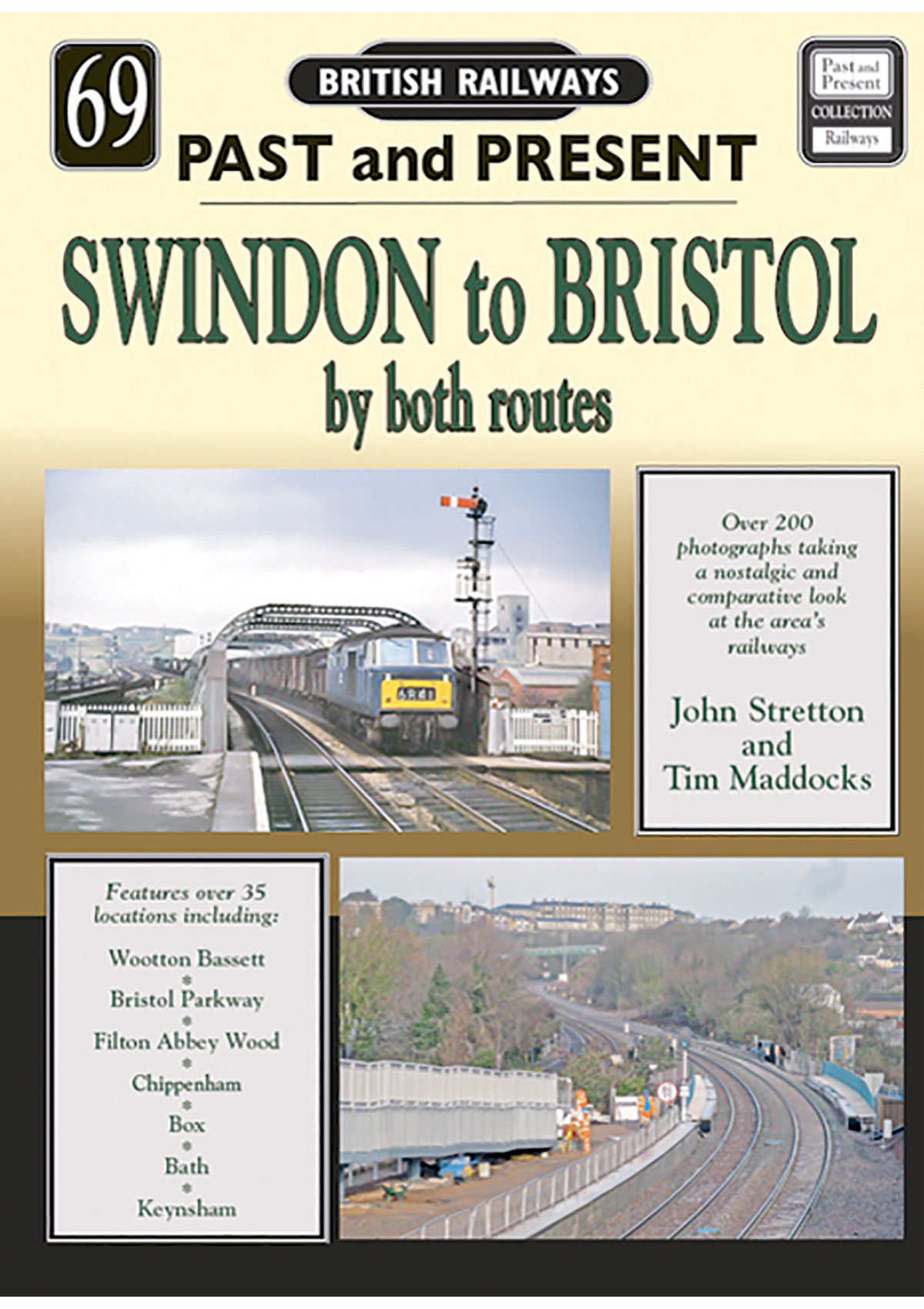 
British Railways Past and Present: Swindon to Bristol by Both Routes

Now part of the successful GWR franchise, the line from Swindon to Bristol forms part of Brunel’s original Great Western Railway from Paddington to Bristol, Wales and the south-west of England.In this volume John and Tim take us on a fascinating journey along the route, visiting numerous locations on the way. The number of stations has been reduced over the years with, for example, Dauntsey and Christian Malford Halt, to name but two, closing many years ago with the advent of the preference for motor car travel. However the tide is turning and rail travel is becoming ever more popular with passenger numbers steadily increasing.The need for greater capacity has seen considerable and increased investment in modernisation of the infrastructure. Details of this transformation can be found in the recently published Transformation of the Western Region by Paul Stanford, published by Silver Link. Using contrasting and complementary views, John and Tim show the railways as it used to be in the days of steam and semaphore signalling through the diesel era and right up to the present day electrified railway.Tim Maddocks recently retired from Network Rail and brings his knowledge of the railway to the pages of this new volume in the best selling Past & Present series. John Stretton is no stranger to readers of the P&P series, having completed several previous areas for the series.About the author: John Stretton

Born in Leicester in 1943, John took up railway photography in 1955, following in the footsteps of his father, who was a photographer in the RAF. For the first two years of his attendance at Loughborough College School, he travelled to school by train from Syston to Loughborough, being introduced to trainspotting by his contemporaries. He was fortunate to have Brush Engineering next door to the Midland station in Loughborough and to witness the ex-Great Central line crossing the Midland main line at the end of the platform. ‘Spotting and photting’ quickly became a passion that endures to this day. Over the ensuing years he has travelled widely around the UK with notebook and camera and has produced more than 50 books, featuring steam, diesel, electrics, narrow and standard gauge and geographical locations, not least in his contributions to the Silver Link Past & Present series. He has volunteered with and produced books on the Ffestiniog and Welsh Highland Railways and has spent two visits helping with the restoration of a narrow-gauge railway in Romania.Over the years he has embraced black and white and colour prints, transparencies and, since 2003, digital photography. His catalogue boasts several thousand images and he has contributed to many magazines and books other than his own and is often approached by editors. More of his story is encompassed within the two volumes of Garratts & Guitars, his railway autobiography, covering 1955-2015.