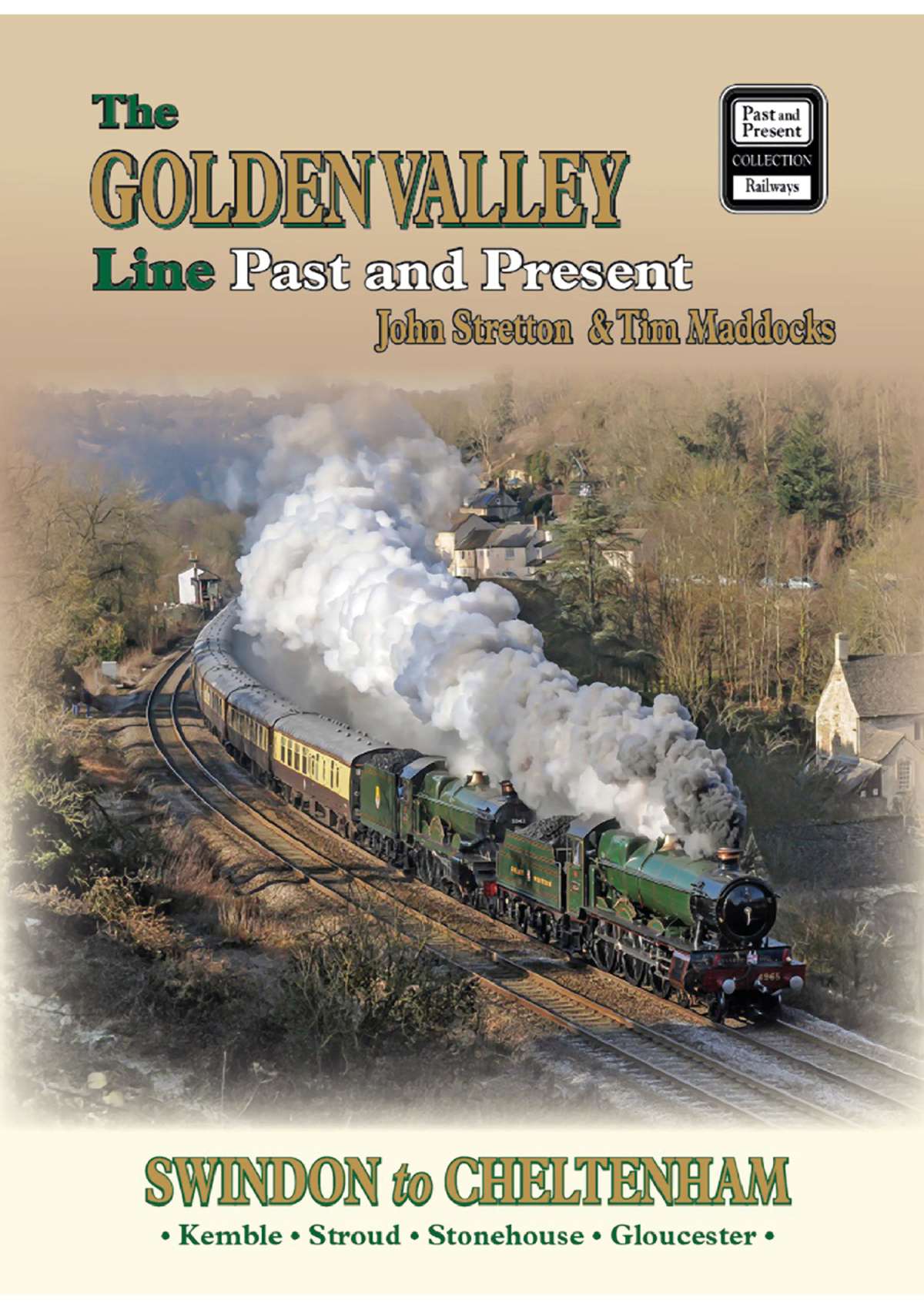 Like so many other areas of the United Kingdom, the railway line from Swindon to Gloucester, sometimes known as 'The Golden Valley Line' - not to be confused with 'The Golden Valley Railway' on the other side of the River Severn! - was a product of the 'Railway Mania' of the mid-19th century. Originally built as the Cheltenham and Great Western Union Railway in the 1840s, the main section of the route swings south-eastwards at Standish Junction, on the north-south Birmingham-Bristol main line; to run through the Golden Valley, via Stroud and Kemble, to a junction with the Great Western main line immediately to the west of Swindon station. The line climbs progressively from Gloucester, with very few level areas, with the steepest stretch from St Mary's Crossing into Sapperton Tunnel, including 1-in-60 around Frampton. From the confines of Sapperton Tunnel it then traverses a gentler falling gradient, at a ruling of around 1-in-400.Whilst serving what is now a thriving and affluent area, Kemble also had the distinction of being the junction station for two branches, to Tetbury in the west and Cirencester in the east. Mostly rural in nature, apart from the vibrant communities at each end, neither branch survived the widespread cull of such lines in the 1960s and the whole of the main line was also to suffer from the climate of 'economy rules', being singled between Kemble and Swindon in 1968. Only vociferous protests prevented complete singling all the way to Standish Junction. The resultant lack of flexibility has meant increasing timetable problems over the years as traffic volumes have continued to grow, especially since Privatisation in 1994.Recognising these strictures, together with the electrification of the London-South Wales main line on the horizon and the need for a diversionary route during the necessary temporary closure of the Severn Tunnel, Network Rail began looking at the need and possibility of re-installing a second track. 2008/2009 plans were rejected by the Office of Rail Regulation, who initially decreed that the suggestion would not be included in the 2009-2014 Control Period. Local MPs, authorities and many others protested and, eventually, the Coalition Government announced funding for it in the 2011 Budget. Much behind the scenes work led to an official launch of the project at Kemble station on 11 January 2013, after which several engineering possessions have progressed the appearance of steel alongside the running line and have also included some additions to signalling north of Kemble that will also aid smoother operations of the timetable by increasing line capacity. This volume includes views of the works, including 'men and machines', in addition to the more usual 'past and present' comparisons and provides a fascinating glimpse of past golden days and the sweat required to repair short-sighted damage from four decades ago.The final pieces of the jigsaw, not least with the doubling of the line through Kemble Tunnel, came into place in August 2014, much to the relief and welcome of both local travellers and the rail industry. It is now also distinctly possible that electrification - proposed earlier in the late-1970s! - could follow and further transform the line and make the railway services along it truly Golden!