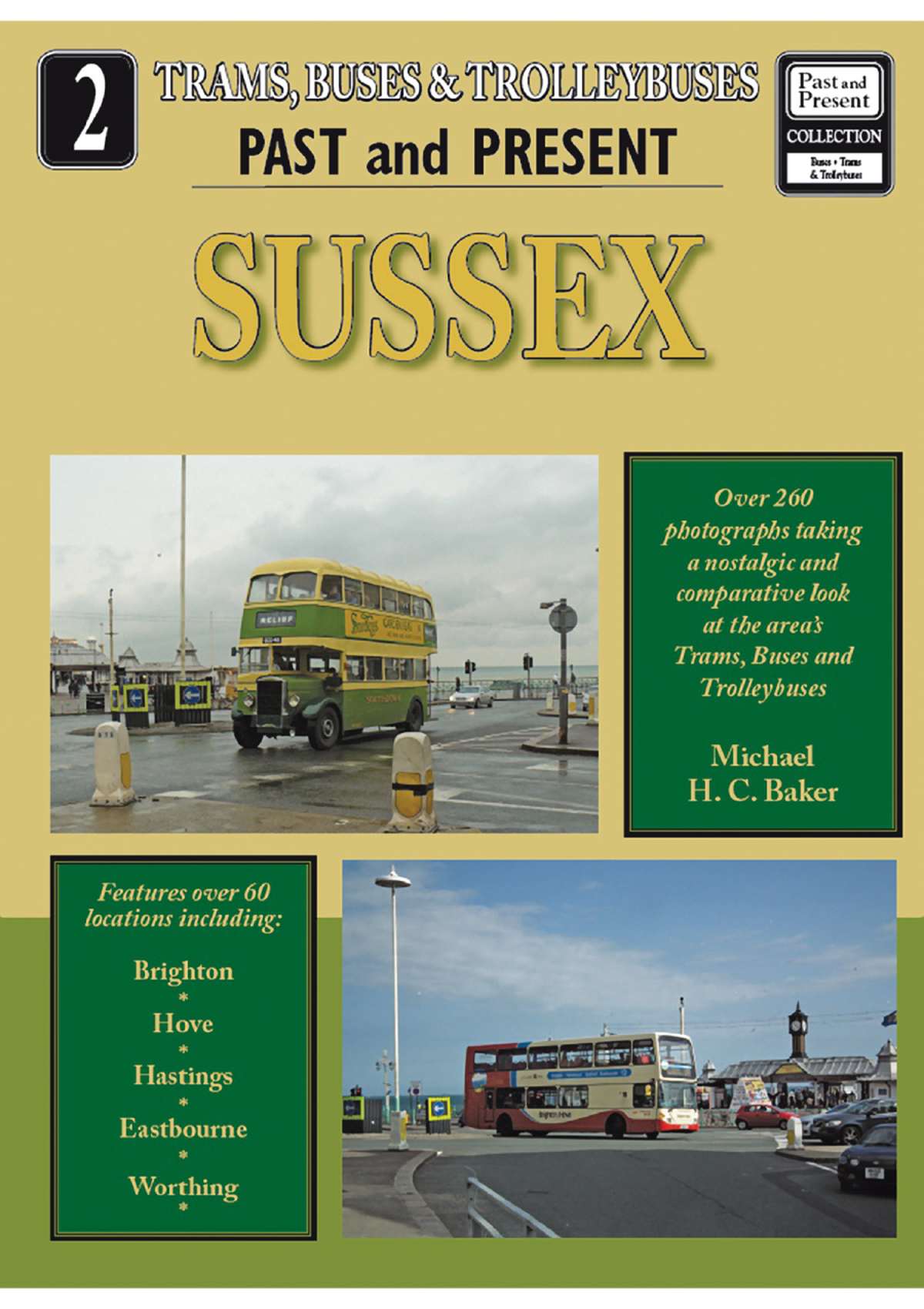 
Think of Sussex Buses and almost automatically that means Southdown: think of locations and that means Brighton. Well, you will find plenty of pictures of both within these pages, but there is much more besides. Although Southdown was far and away the biggest cheese in Sussex, three other BET concerns, Aldershot and District, Maidstone and District and East Kent, worked into the county, as did London Transport. Trams operated beside the seaside in Brighton and Hastings, their systems and the little four-wheel cars which operated them being replaced by almost silent, streamlined (well perhaps not the early Hastings ones) trolleybuses in the 1930s. Eastbourne was the world's first municipality to operate motorbuses - applause please. Brighton, ah, Brighton deserves a new chapter. Not only did Brighton Corporation operate trams, then trolleybuses and motor buses, but the town was also served by Thomas Tilling's Brighton and Hove and District which was eventually swallowed up by Southdown. In NBC days, the Corporation misguidedly adopted a pale blue livery, which like the NBC green did not wear very well. Privatisation saw the emergence of the Brighton, Hove Bus and Coach Company which would by the mid first decade of the 21st century become the jewel in the crown that Southdown had once assumed. With routes spreading far beyond the City of Brighton and Hove, some of them once operated by Southdown, notably to Lewes, Tunbridge Wells, and Eastbourne, a livery of basically red and pale cream and thus recalling days gone by, but designed by Ray Stenning's Best Impressions and thus totally of the 21st century, buses named after notable Brighton inhabitants, ranging from world famous statesmen and stars of stage, screen and radio, to good men and women who have improved in various ways the lives of their fellow citizens, all part of an imaginative publicity drive which has seen the graph of the growth of bus travel in the city climb steadily and reap a number of well deserved awards.