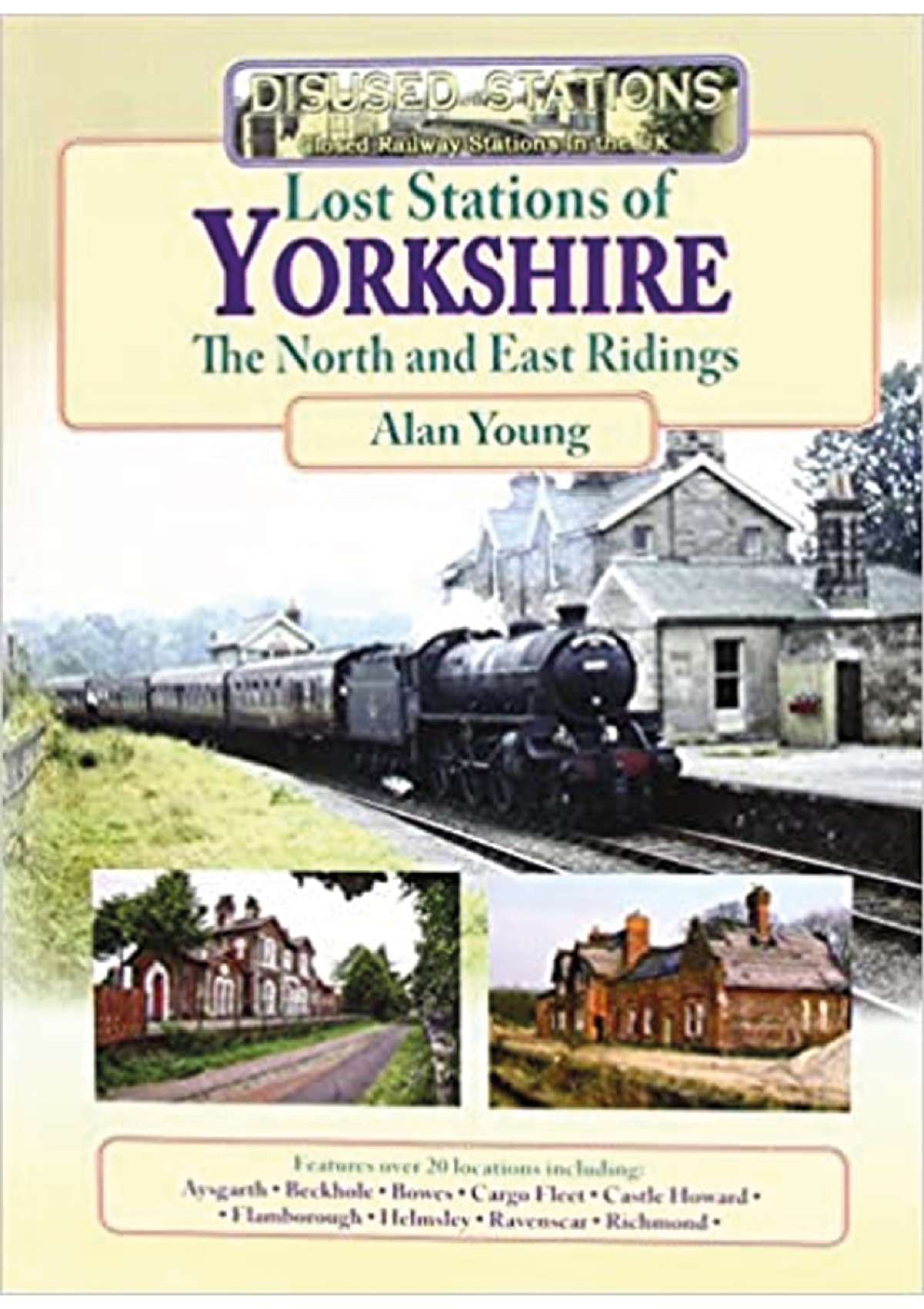 4532 - Lost Stations of Yorkshire Part 2: The North and East Ridings

In 2005 Nick Catford, a member of Subterranea Britannica, started the Disused Stations website with the aim of creating a definitive database of the closed stations. The work to complete the database is ongoing and will take many years. To date there are 1,550 stations on the site and it is visited by thousands of people every week.This book, the fifth in the series, and the second of two parts to cover Yorkshire, has once again been compiled by Alan Young, a major contributor to the website, and is intended to serve as a stand-alone record while also acting as a companion to the Disused Stations website. It follows roughly the same format but, as a book, will appeal to those who want to have something tangible to read and have available on their bookshelf. With so many stations now on the website it was difficult to decide which stations should be included here. Having started in Volume 1 with lost terminus stations in the North West, in this book we once again visit an area steeped in railway history - the North East - and visit a varied selection of lost stations. Once again they are featured in chronological order of opening date, this being an effective way of showing how the network developed, expanded and eventually contracted.Stations to be covered across the two parts will include: Addingham Apperley Bridge & Rawdon Arksey Arthington Aysgarth Barnsley (Court House)Bowes Cargo Fleet Castle Howard Clayton West Delph Earby Edlington for Balby (Doncaster) Eryholme Filey Holiday Camp Flamborough Halifax (St Pauls) Holmfirth Kettleness Kipling Cotes Ledston Lofthouse-in-Nidderdale Marston Moor Melton Halt Millhouses & Ecclesall Morley Top Pends Way Queensbury Ravenscar Richmond Rillington Rye Hill & Burstwick Shipley & Windhill South Cave Springhead Halt Stepney SykehouseTadcaster Thorganby Thorp Arch (for Boston Spa) Tickhill & Wadworth Tollerton Wadsley Bridge