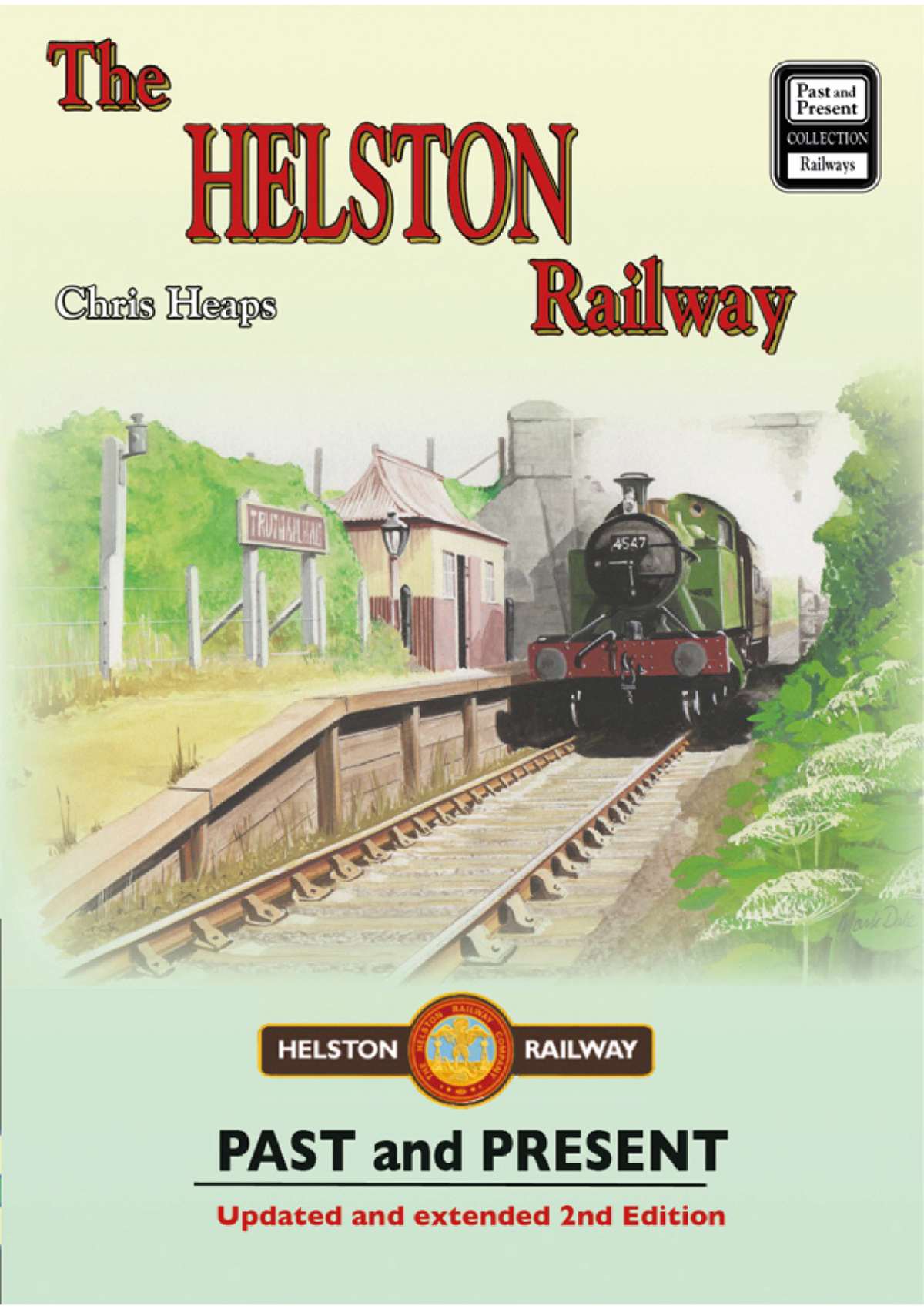 Helston is world-famous for its annual ‘Furry Dance’, which takes place in early May to welcome the spring. For transport enthusiasts, however, it is equally famous as the location of the most southerly railway station in the UK, and the starting point of the first railway-operated motor omnibus service in Great Britain, introduced by the GWR in 1903. Although plans for a railway were laid in the 1840s, it was not until May 1887 that the branch from Gwinear Road opened, winding through the Cornish countryside to Helston, some 8 miles away. In 1898 it was taken over by the GWR and settled down to the quiet existence of a rural branch line serving the local community. Rumours of closure began to circulate in the early 1960s, and in November 1962 the last passenger train ran, even before Dr Beeching took his axe to the BR system. This was the first branch in Cornwall to lose its passenger service since the war. Goods traffic continued for a further two years, then the line was closed and lifted. Happily that was not to be the end of the story. The Helston Railway Preservation Society was formed in 2001, and in 2005 work began to clear more than 40 years of vegetation between Nancegollan and Truthall Halt. Tracklaying commenced in 2006, and by the early summer of 2010 a new station had been completed at Trevarno; the project was subsequently awarded the Ian Allan Publishing Heritage Railway of the Year Award. May 2012 marked the 125th anniversary of the opening of the Helston Railway, and the first edition of this fully illustrated history of the branch, from inception to closure, was published to mark that important date and to celebrate the re-commencement of passenger services on one small part of the line as a new popular tourist attraction. This new expanded 2nd edition brings the story up to date.