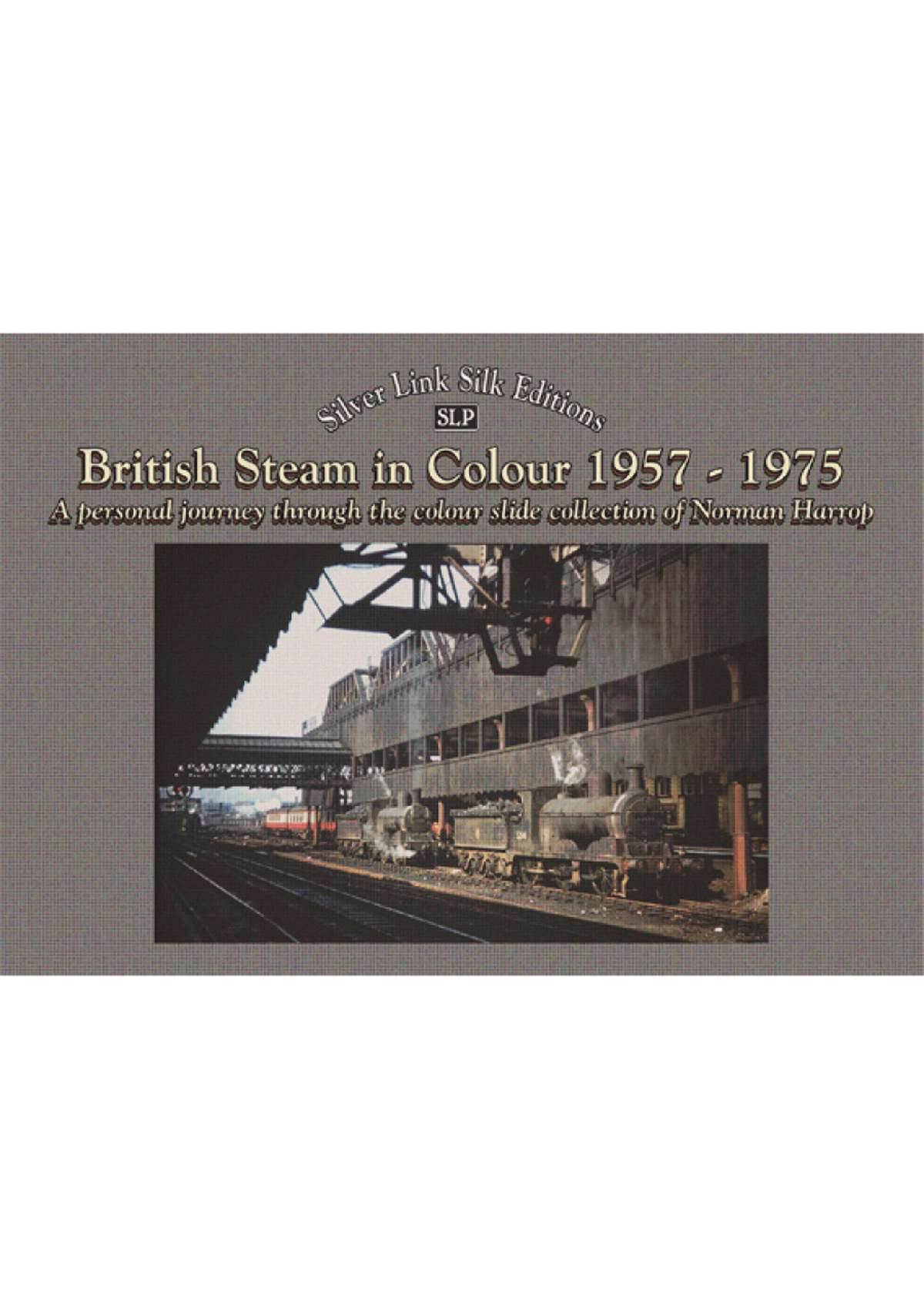 
British steam in colour 1957 - 1975: a personal journey through the colour slide collection of Norman Harrop

Graham Nicholas traces the journey of trainspotter and rail photographer Norman Harrop through the 1950s golden age of steam and beyond. The story begins during steam’s Indian Summer from 1957-1960 when Norman captured the glory of the traditional steam railway in his colour slides. The winds of change were blowing from 1961 to 1964 as Norman recorded early production diesels and electrification schemes beginning to displace top link locos onto secondary workings. He regularly travelled to the four corners of the network, to the South West, Scotland and the North East, photographing the scenes he encountered along the way. During the period of 1965-1968 the frenetic urge to record the passing of the steam locomotive was gaining momentum. Despite the ever more depressing scenes, Norman stuck with it to create his own poignant record of the final run down of steam. Located in the North West, Norman was one of several railway enthusiasts who congregated at Stockport Edgeley shed, leading to the successful campaign to save Stanier Jubilee 45596 ‘Bahamas’. The story of its entry into preservation was comprehensively captured on Norman’s camera. From 1969 to 1975, Norman’s preservation career with ‘Bahamas’ continued with the creation of the Dinting Railway Centre, together with capturing scenes at other preservation centres and early mainline preserved locos. The book concludes with the legendary 1975 Shildon cavalcade where Norman had a privileged view behind the scenes