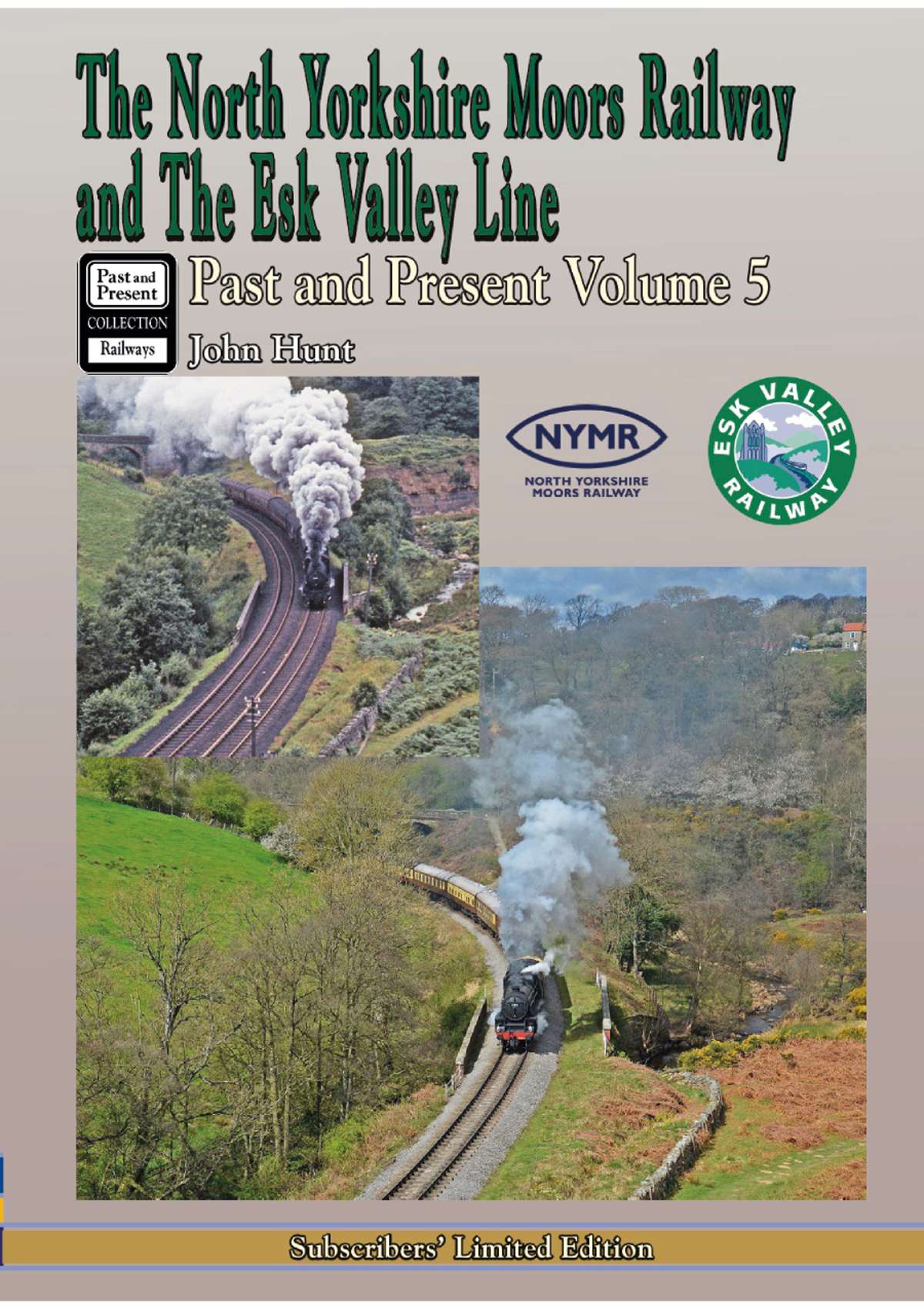 The latest North Yorkshire Moors Railway volume of British Railways Past and Present covers the line from the Network Rail terminus at Whitby to the heritage railway from Grosmont to Pickering and on to Malton – as well as the Esk Valley line from Grosmont to Battersby and Middlesbrough. Once again, in true ‘Past and Present’ style, John Hunt presents a completely new selection of ‘past’ views that have been paired with their present-day equivalents to tell the unfolding story of one of Britain’s most popular heritage lines. During its 50th anniversary in 2017 the NYMR celebrated everything it has achieved since its inception back in 1967; it now carries around 350,000 passengers each year, has an annual turnover of more than £5 million, employs more than 100 paid staff in the peak season, and is supported by an even greater number of volunteers, who actually run the trains. All this is a far cry its lowest ebb back in March 1965. Meanwhile, the fortunes of the 35-mile Whitby-Middlesbrough Esk Valley line have also been turned round, and it is now supported by the Esk Valley Railway Development Company set up in 2003, which was designated a Community Rail Partnership in 2005 by the Department for Transport. Apart from the essential service of bringing Esk Valley students to school, the number of visitors to Whitby has grown since 2003. This is the fifth volume of British Railways Past and Present dedicated to the North Yorkshire Moors Railway and the third in colour  The Limited Edition contains 32 exclusive extra pages looking behind the scenes of the NYMR and featuring many of the people who operate it. Some staff and volunteers will be familiar to passengers who travel on the railway but there are many more who are not so visible. Without the dedication and enthusiasm of the whole team the railway would not be the success that it is today About the author: John Hunt will be well known to Nostalgia Collection readers having written several previous books for Silver Link and Past & Present Publishing. Perhaps less well known is that John is a regular member of the footplate crew for the Jocobite service both driving and firing the various steam locomotives used on the route. When not on the’Jacobite’ John can also be found on main line steam specials and the North Yorkshire Moors Railway