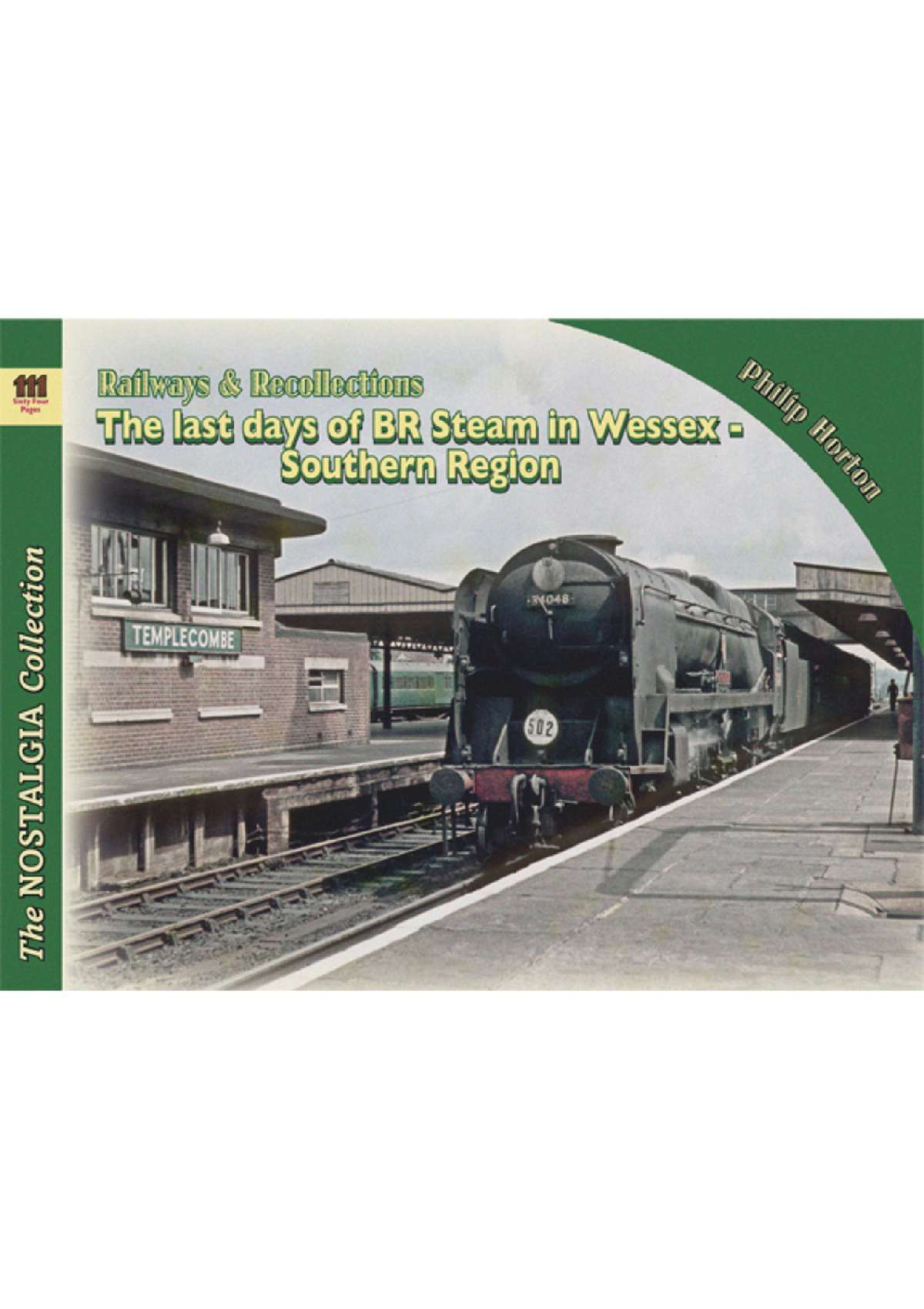 5775 - The Last years of BR Steam in Wessex - Southern Region


The Last Years of BR Steam in Wessex Southern Region

This book forms the last part of a trilogy by the same author which records the decline of BR steam in ‘Wessex’. The author’s first book The Last Years of BR Steam Around Bath (Silver Link Railways & Recollections No. 64, 2016) describes the situation in and around the city. The author soon extended his search to the lines in the neighbouring counties. His second book, The Last Days of BR Steam in Wessex - Western Region (Silver Link Railways & Recollections No. 110, 2020), covers the lines of BR’s Western Region. In this book the same treatment is given to the lines of BR’s Southern Region. Each chapter follows the region’s mainlines, including the southern half of the old Somerset & Dorset. The boundaries of the two regions are as they existed between 1959 and 1962. The major changes to regional boundaries which occurred subsequently, which particularly affected the SR lines, are also described. Points of particular interest to a ‘trainspotter’ of the day along each line is noted while lists of numbers, compiled by the author, are given for the engine sheds passed. Photographic coverage extends from 1960 to the last steam workings which, on the Southern Region lasted until July 1967. Coverage of the early scene is much enhanced by the inclusion of the colour photographs of M E J Deane which appear courtesy of Ian Bennett.