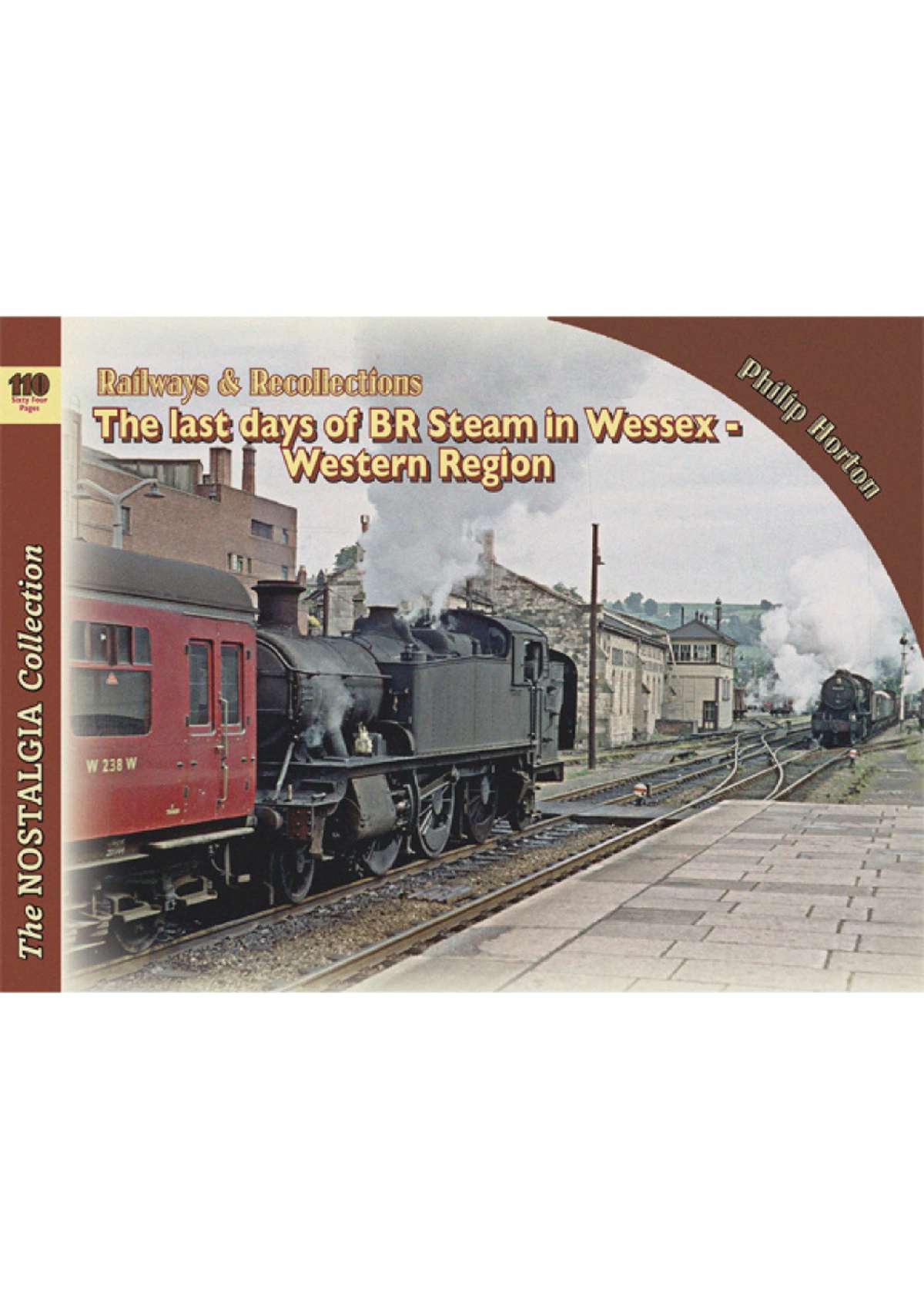 
The Last Years of BR steam in Wessex Western Region

In his earlier book The Last Years of BR Steam Around Bath (Silver Link Railways & Recollections No. 64, 2016),the author described his early interest in trainspotting in 1959/60. At the time the changing railway scene was all too evident.The author therefore decided to attempt to record these changes  pictorially, initially using his Box Brownie camera. This  book extends his search from Bath to the lines of  BR’s Western Region in the neighbouring counties, an area often referred to as ‘Wessex’.Here the region’s boundary is taken as the one which existed between 1959 and 1962. Subsequent major changes to this boundary are also described.Each chapter follows one of the region’s mainlines through the area. These include the former Midland lines from Bristol along with the northern half of the   old Somerset & Dorset Joint Railway from Bath (Green Park) to Templecombe. Points of particular interest to a ‘trainspotter’ of the day along each line are noted while lists of numbers,compiled by the author,are given for many of the engine sheds passed.  Photographic coverage extends from 1960 to the last steam workings which,on the Western Region,(almost) ended in December 1965. Coverage of the early scene is much enhanced by the inclusion of the colour photographs of M E J Deane which appear courtesy of Ian Bennett. The lines of BR’s Southern Region during this period are described by the author in a companion volume The Last Days of BR Steam in Wessex - Southern Region.