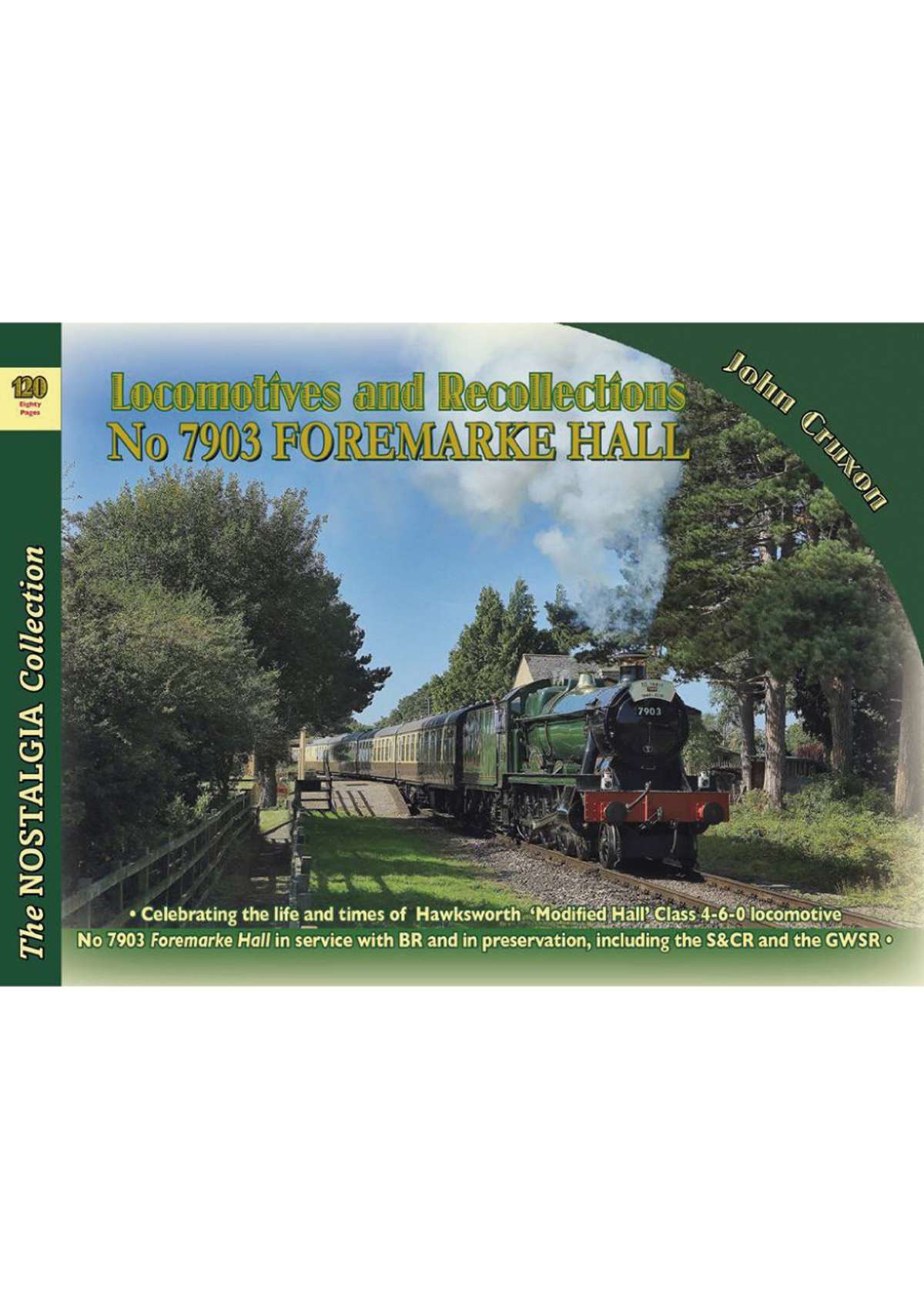 No 7903 Foremarke Hall was one of 71 ‘Modified Halls’ built at Swindon, and one of the last to be completed, in 1949. She spent most of her working life based at Old Oak Common shed, accumulating a total of 621,101 miles until withdrawal and sale to Woodham Brothers’ scrapyard in 1964 for scrap.

After languishing in the yard for some 17 years, No 7903 was acquired for preservation, and moved to the Swindon & Cricklade Railway in the summer of 1981. Incredibly, the initial restoration from Barry scrapyard condition to working locomotive took 22 years and 2 months to complete, and involved a lot of hard work by a dedicated team of volunteers often in totally unreasonable working conditions.

Eventually, in 2003 Foremarke Hall steamed again, and the following year moved to the Gloucestershire Warwickshire Steam Railway. Apart from guest visits elsewhere, that has been her home ever since.

In words and pictures this is the remarkable story of the rebirth of one of the few surviving ‘Modified Hall’ Class locomotives, demonstrating how much time and energy had to be expended to restore her to working condition, enabling her to perform reliably day in and day out as one of the stars of today’s heritage steam railway scene.