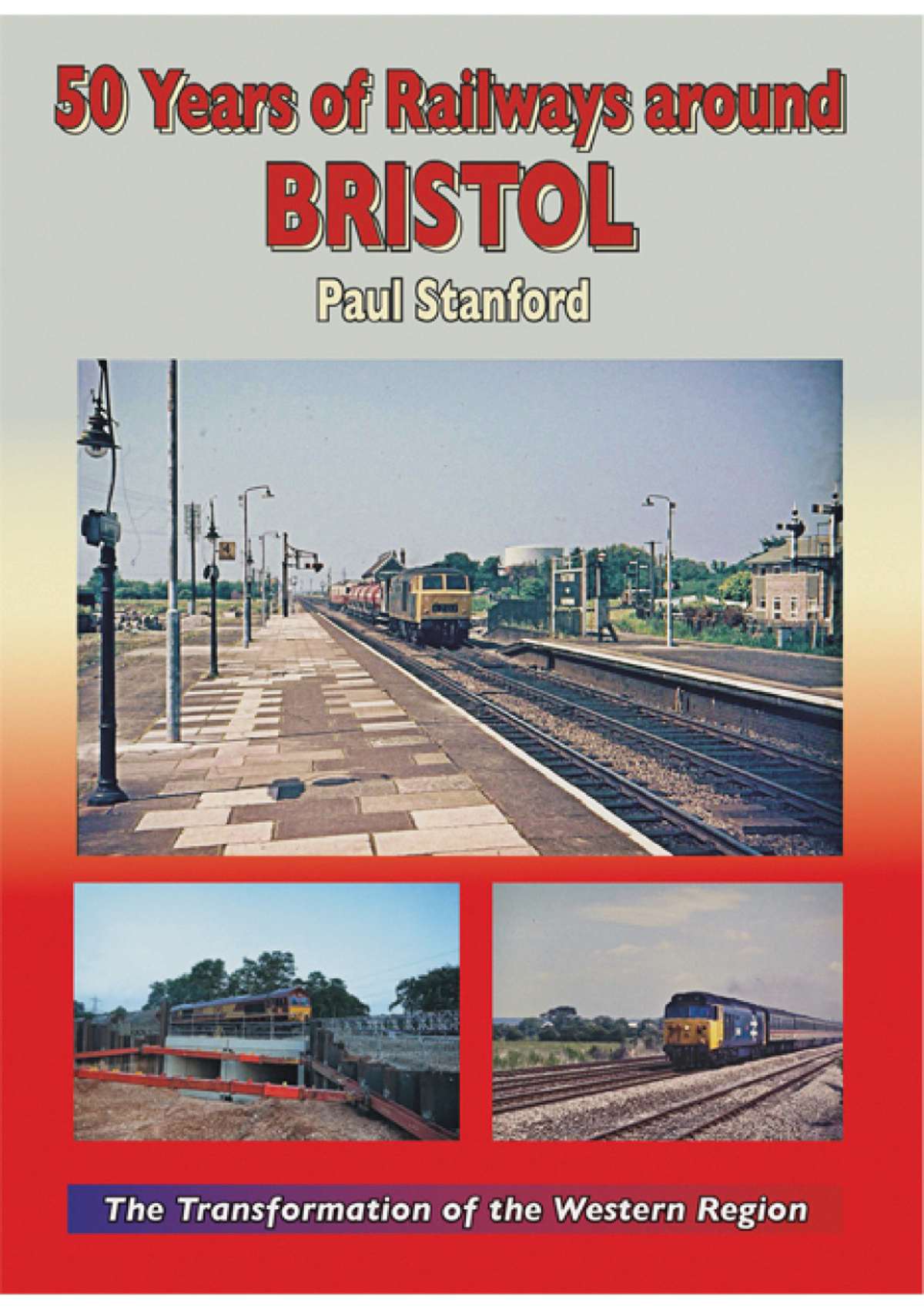 
50 Years of Railways Around Bristol

Telling the story of Bristol area railways over the last 50 years, this publication is lavishly illustrated, including many photos taken by rail employees that give a unique insight to railways around Bristol and the surrounding area. Included are well known locations but also railway byways and those serving industrial Avonmouth, now long lost. Also with photographic insights taken at train-care and maintenance depots, industrial plants and within signal boxes in the area; which still exist or have long now disappeared. The book charts the decline and resurrection of railways around Bristol and its surrounding area, coming right up-to date with latest electrification works, coming from Bristol Area re-signalling in 1970. Featuring relevant extracts of official rail publications including unique archive material and a unique set of maps over each decade recording the changes to the railways around Bristol to give a unique insight and record of railways around the city and surrounding area where rail was and is key to its success. About the author: Paul Stanford is a 4th generation railway worker. He started his railway career at Bristol 35 years ago when he was 16. He worked in operations and commercial functions - including working there in the 1980s and 90s. In his formative railway years he worked Avonmouth Area Signal Boxes on his days off; to improve his railway and rule book knowledge. The past 5 years has seen him lead efforts to renew and enhance the railways on the Western Region. He is currently a Programme Director for Network Rail. As a keen cyclist he enjoys the countryside; combining this with an interest in photography; bird-spotting and architecture. He has volunteered in the heritage railway sector since he was 14; notably over 30 years spent on Bristol’s Avon Valley Railway and more recently on the Lincolnshire Coast Light Railway, a narrow gauge railway, home to a Bristol built steam locomotive named Jurassic. He is married to Fiona and their two sons Oliver and Toby are both at University.