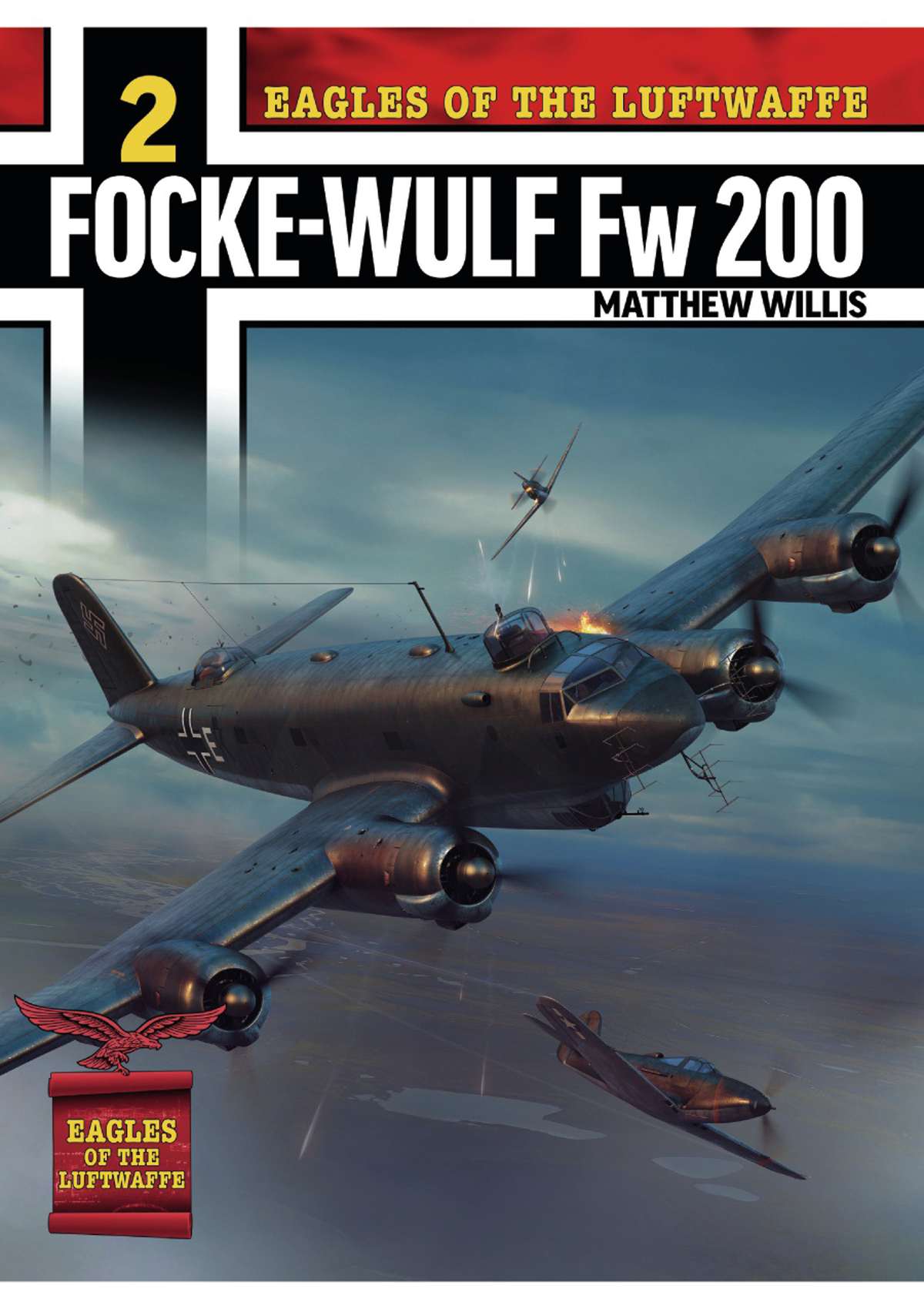 The Focke-Wulf Fw 200 Condor was conceived for peace but turned to a warlike purpose savaging convoys bringing vital supplies to Britain. The aircraft Churchill called “the scourge of the Atlantic” became synonymous with the struggle to supply the Allies by sea. As a truly long-range reconnaissance bomber, the Condor acted as the eyes and ears of the Kriegsmarine, while packing a powerful punch itself. As the Allies stepped up their efforts to address the vulnerability of their convoys to aerial reconnaissance and attack, however, the Fw 200’s weaknesses became ever more apparent.

Naval aviation author Matthew Willis tackles the career of the feared aircraft, from its beginnings as a cutting-edge airliner, through its early development into a military transport and a maritime bomber and ‘spyplane’, including the addition of ever more armament and technology such as radar and the carriage of radio-controlled glider bombs. From the expanses of the Atlantic, via the freezing Arctic seas to the heat and dust of North Africa, the operational history of the Fw 200 is examined