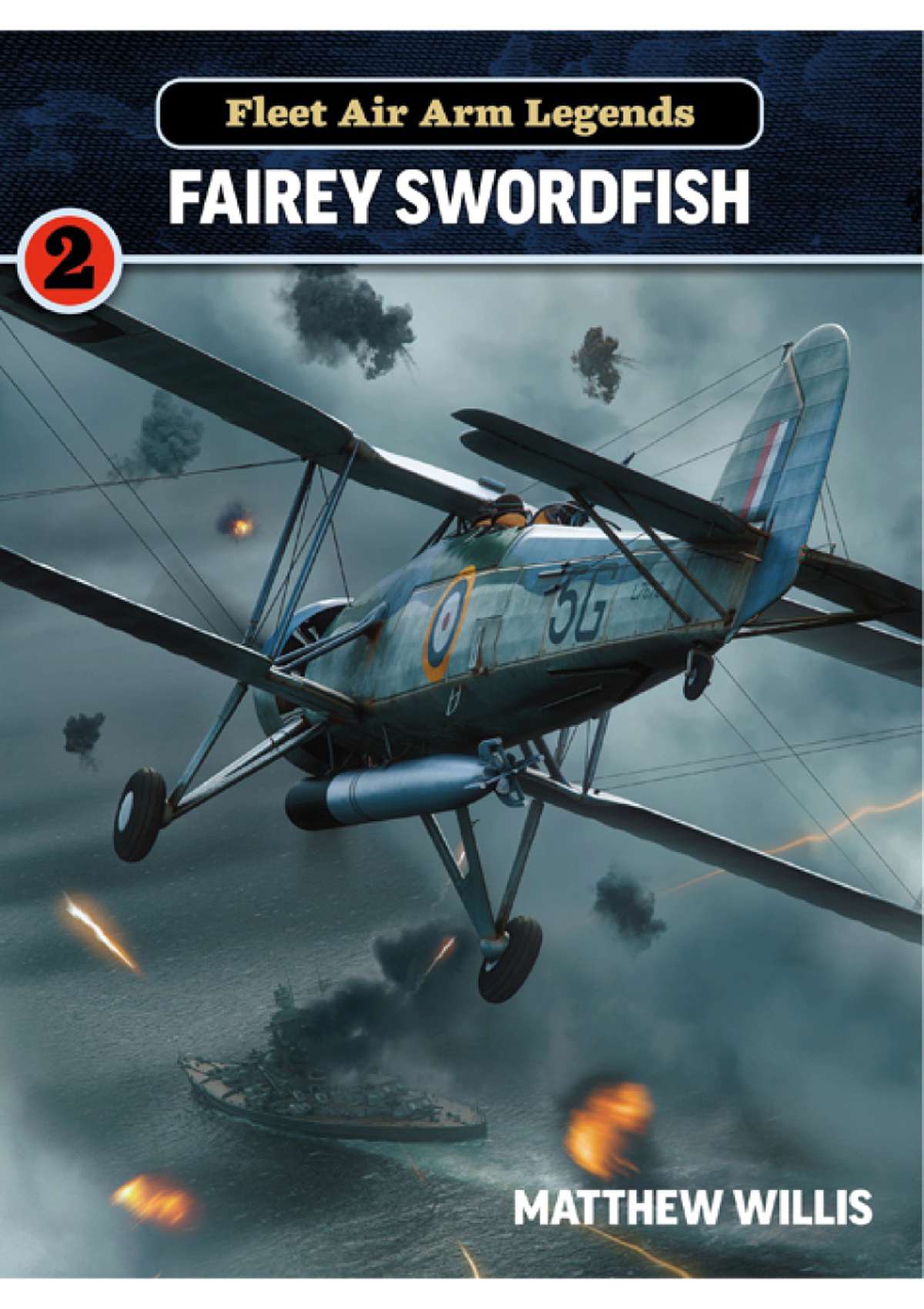 Few aircraft encompass as many contradictions as the Fairey Swordfish – the legendary ‘Stringbag’ naval torpedo bomber was approaching antiquation at the start of the war yet struck mortal blows against some of the most powerful battleships in the Axis fleets. Naval aviation historian Matthew Willis explores how modern technology such as radar kept the Swordfish effective in the early years of the war and enabled it to find and hit the Italian fleet at Taranto, and the Bismarck in the Atlantic, in circumstances where no other aircraft could have succeeded.

When it was finally superseded in its main role with the Fleet, the Swordfish fulfilled vital roles protecting convoys from the U-boat menace. The story of the Swordfish’s service across the majority of theatres in WW2, from the hunt for the Graf Spee to the beaches of Normandy, is told here with never before- published accounts from veteran aircrews. Includes 100+ historic photographs and unique images of the Royal Navy Historic Flight’s preserved aircraft