5416 BY RAIL TO THE MUSIC HALLS | Mortons Books 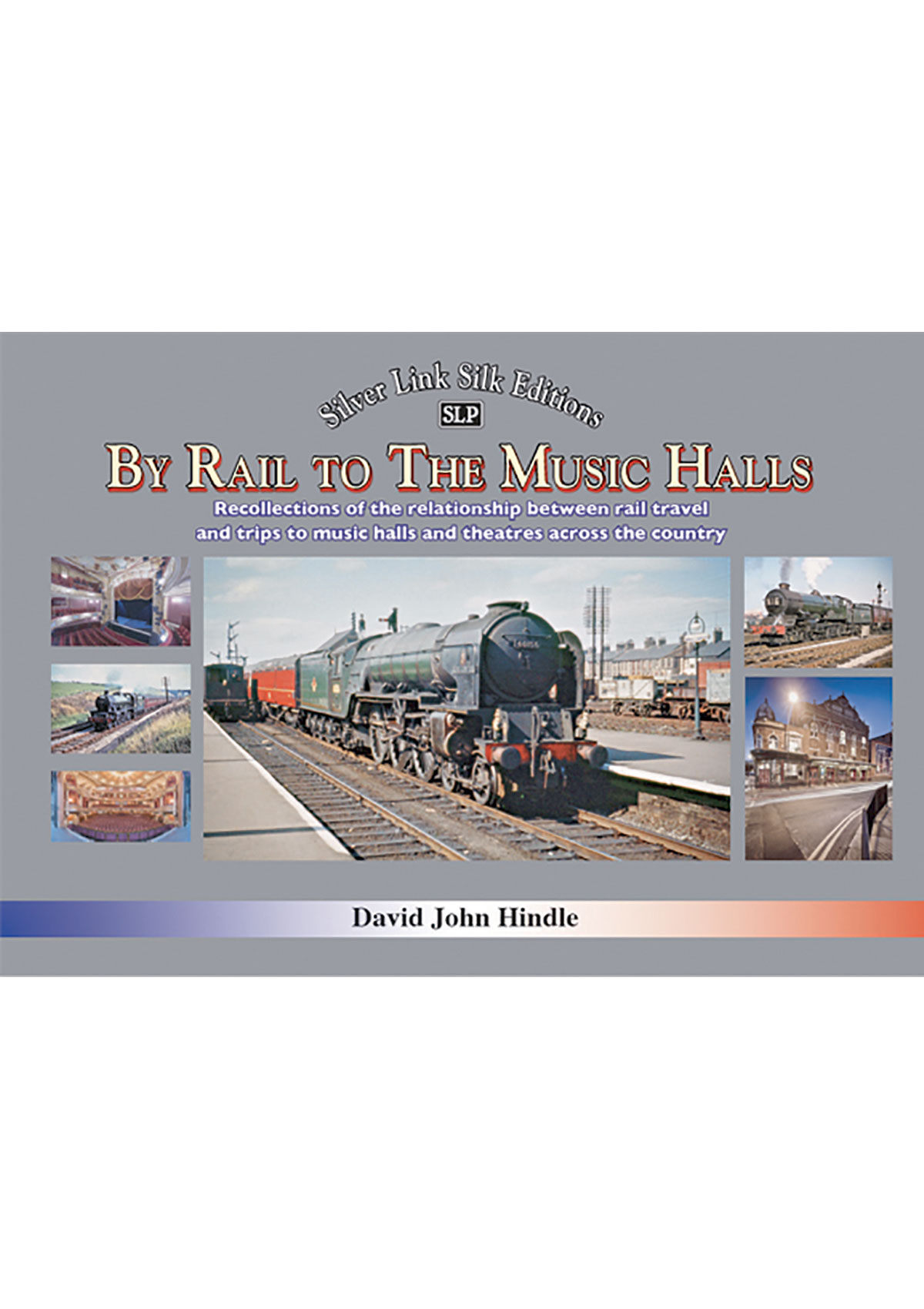 
By Rail to the Music Halls

David J Hindle is an author and social historian with a particular interest in the genre of music hall and the history of the railways. In this, his latest book, he flags up parallels to be drawn between the origins of railways and music hall. This is an original concept, notwithstanding that long before the age of the automobile, it was the railways that conveyed audiences and performers to the music halls that evolved to become variety theatres.I look no further than my father’s experiences to illustrate the point. A second class train ride between Birmingham and Coventry in 1940 is not the most obvious starting point for the best loved double act in British comedy history. World War Two was well under way in 1940, but not for Morecambe and Wise. Fourteen-year-old Eric Bartholomew and his best friend Ernie Wiseman were travelling that day with my paternal grandmother, Eric’s mum and mentor, Sadie Bartholomew. The star-struck teenagers had been performing in a touring youth theatre as solo acts. As usual the boys were over-excited after the show, and going through their Abbott and Costello, Laurel and Hardy impressions. Sadie, who was trying to sleep, made a suggestion that would change showbiz history for ever. "Why don’t you two stop fooling around and put your minds to something else. Why not form a double act of your own?" For more than 20 years, Morecambe and Wise learned their craft in Britain’s variety theatres while travelling extensively throughout the country. When variety effectively died and many theatres went permanently dark in the 1950/60s, they switched to TV spectaculars, which were enjoyed by millions throughout the world. The profusely illustrated narrative will offer something more than mere reading enjoyment. David’s enthusiasm and expertise on music hall history is unbounded, and, in railway nomenclature, I give this publication the green light.About the author: David Hindle

David John Hindle MA is a retired police officer and publicly acknowledged author of 17 books. David is a theatre and railway historian and the president of Preston Historical Society. He regularly gives interviews on regional TV and broadcasts regularly on BBC Radio Lancashire on an eclectic range of topics. This book is designed to appeal to devotees of unashamed nostalgia by combining the golden age of steam and the awesome Victorian music halls and variety theatres of the Edwardian era and early 20th century. As the railway expanded, theatres and music halls began to stage international performances on a lavish scale, increasingly served by the railway with improved mobility for scenery, costumes, animals and equipment.The coming of the first music halls coincided with railway beginnings and are two of the most thought-provoking and important features of 19th-century social history. Today, variety and music hall survive but only as uncomfortable revivals of the real thing. Moreover, the rebirth of preserved steam locomotives is now of interest to those wanting to experience the magic of the steam age. Throughout this book the author portrays colour photographs of the great Regency, Victorian and Edwardian theatres of Britain, most of which would have featured music hall. Also featured are photographs by leading railway photographers, depicting the glory years of the steam locomotive era. Countless memories have inspired research and provided the stimulation to share a measure of England’s social history.