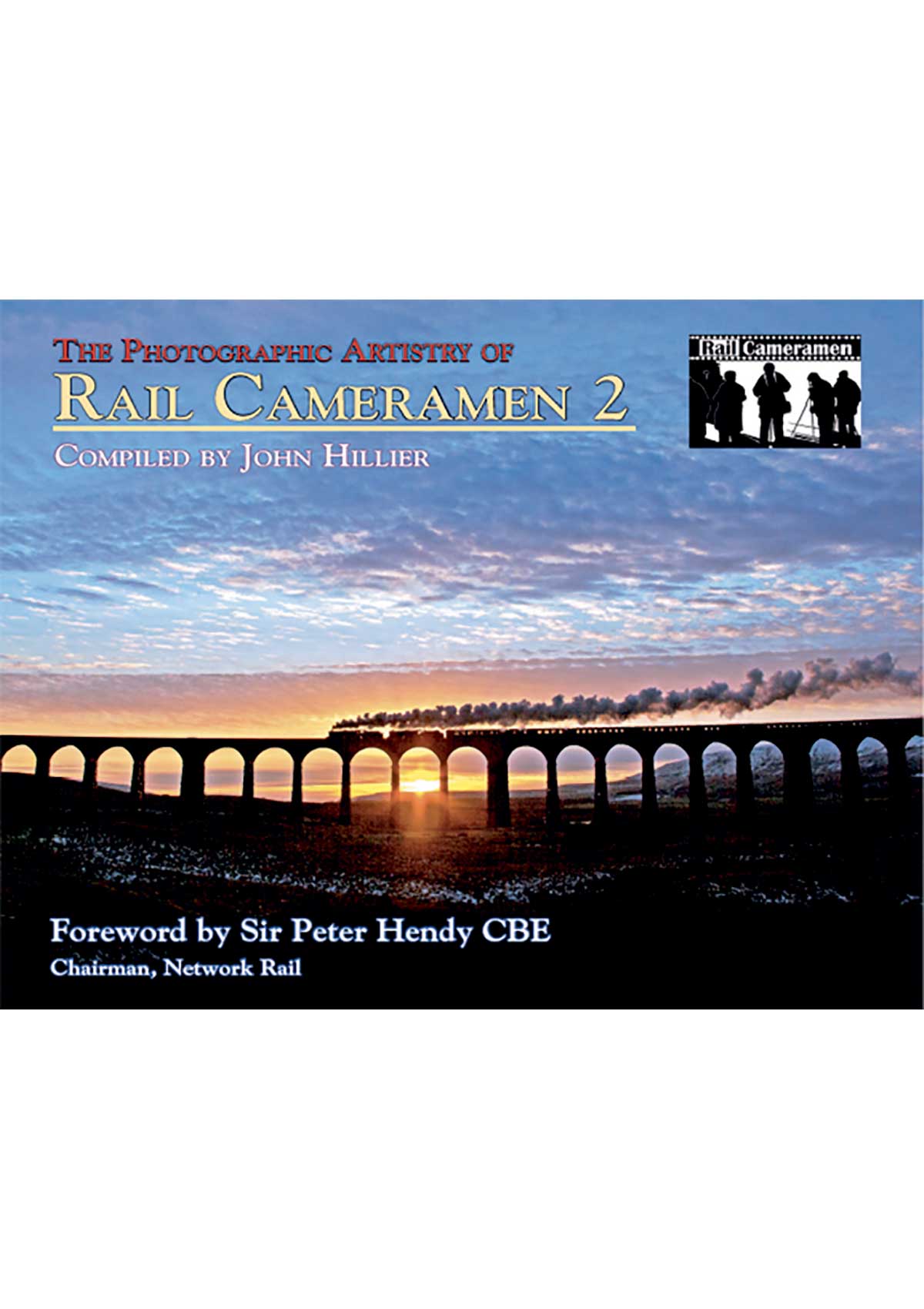 SIGNED - 5645 The Photographic Artistry of RAILCAMERAMEN 2


The Photographic Artistry of  RAILCAMERAMEN 2

This second book features once again the photographic artistry of many of the UK’s leading railway photographers who, as members of the Rail Camera Club, have been familiar figures at the lineside for many years.The Rail Camera Club had its origins in the prestigious Railway Photographic Club which Maurice W Earley formed in 1922 and which continued until 1976 when ‘MWE’, its secretary throughout its 54 years, decided to ‘retire’. Membership of the RPS was by invitation only and over the years virtually all of the top photographers were members. As a result of the circulation of ‘boxes’ of prints for fellow members to see and comment on, the standard of railway photography improved significantly. In 1980, Stephen Crook, the respected Carlisle-based photographer, decided that the RPS should be resurrected under the guise of the Rail Camera Club. Several ex-RPS members were interested and once again ‘boxes’ of pictures of railway subjects began circulating. Although the age of digital photography really took off from the mid-1970s, RCC members favoured the opportunity of taking time to examine and comment on colleagues’ prints in detail and two ‘Folio Boxes’, packed with pictures, were circulated about six months apart, a practice that still continues.The lOOth RCC Folio began circulating in the autumn of 2017 and hence the opportunity has been taken of producing this commemorative book; it features work from virtually all the photographers who have contributed to the Folios over those 38 years. The National Railway Museum also commemorated this milestone by hosting an exhibition, Rail Cameramen, at Locomotive Shildon for several weeks in 2018, featuring many of the images contained in this book.Although until the 1960s many photographers concentrated on ‘traditional’ front % views taken on sunny days, several RPS and RCC practitioners assumed rather more adventurous styles and various approaches are included here. The book also includes copies of some of the ‘criticism sheets’ giving comments from colleagues about work submitted.About the author: John Hillier

John Hillier is the son of a career railwayman, his father having worked as a technical Aasistant to Sir Nigel Gresley before eventually joining BR Engineering’s HQ staff. It was therefore not unsurprising that, with an interest in railways and also photography, he became an active railway photographer in the 1960s, towards the end of steam in the UK.Invited to join the prestigious Railway Photographic Society in 1966, he was a member until its demise in 1976 and then joined its successor, the Rail Camera Club, of which he is still an active participant.His photographic style is varied and, having been a member of several camera clubs and secretary of two, his work has appeared in books and magazines and in photographic exhibitions. In 2018 he organised a successful exhibition, Rail Cameramen, at Locomotion, Shildon which featured more than 100 images from all RCC members, past and present, and was the author of Silver Link’s first volume of The Photographic Artistry of Rail Cameramen which included all these pictures. Such was the success of that book that he has produced this second volume for Silver Link Publishing. He has contributed to some of SLP’s ‘Past & Present’ titles and recently authored Locomotives & Recollections No 45596 Bahamas, which was published in July 2019. In his spare time (!) he is a director of the Bahamas Locomotive Society and led the project group which resulted in the engine’s £1m overhaul and its return to the main line in 2019.