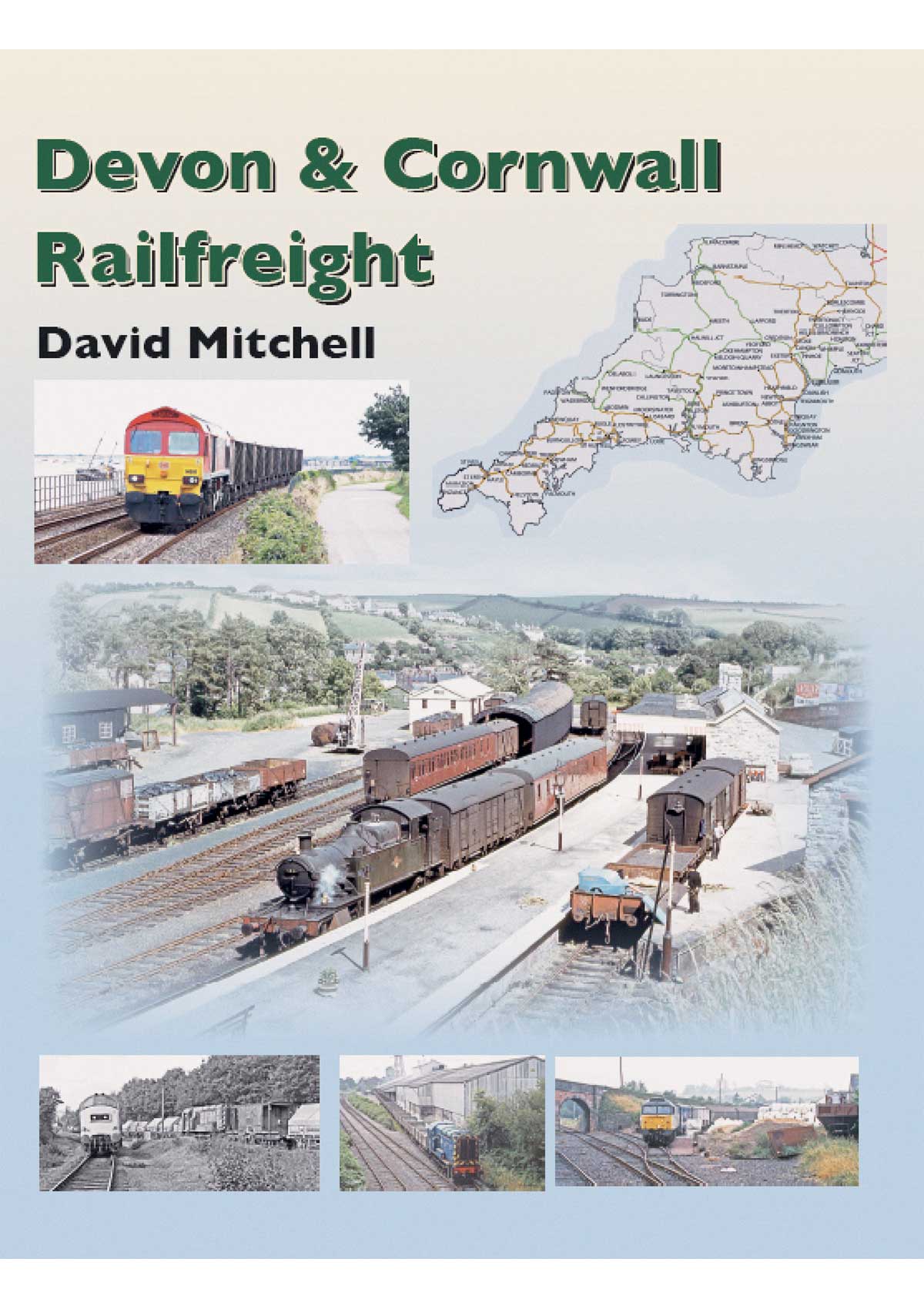 4730 Rail Freight in Devon and Cornwall


Rail Freight in Devon and Cornwall

Although today’s railway in the South West is principally a passenger operation, an exception is china clay traffic, which has been a feature of the area’s railways for much of their history and today is the main reason for railfreight managing to retain a toehold in the peninsula.This wide-ranging survey of the history of freight traffic in the two counties commences with a brief look into the past, when the railway was a ‘common carrier’ hauling all manner of goods, largely by the wagonload. It then chronicles the ultimately unsuccessful 50-year-long fight to retain at least a portion of such traffic on the railway, including the initial development and final demise of the ‘Speedlink’ and ‘Enterprise’ services. Other commodities that have been handled over the last 40 or 50 years are then considered in more detail, particularly where there is or has been a trainload operation, and more detailed consideration is given to traffic that is especially distinctive to the area.In the era of the privatised railway system, today’s railfreight companies have to be nimble in their dealings with customers and quick to respond to both opportunities and problems, something that British Railways often had a reputation for being poor at - it is quite probable that there would be even less freight on rail today if we still had a nationalised system. Nonetheless, railfreight activity in the South West appears to be hanging on by a thread, but it is still doing what it is good at and hauling commodities such as china clay, aggregates and cement in bulk, although increasingly freight operators are having to pin their hopes on a continued growth in intermodal traffic.About the author: David Mitchell

The author has maintained an interest in railways for 60 years and has been an active photographer for much of this time. Having spent his early years in Cornwall before moving to Devon, he has a particular interest in the railways of the South West and has had many photos published in books and magazines, including contributing more than 25 articles and features to different periodicals. He has also authored or co-authored 11 titles in Silver Link’s long-running British Railways Past and Present series.He has travelled over most of the UK’s surviving railway network from the 1970s and also has a strong interest in the railways of the US and Canada. He has crossed the Atlantic on 14 occasions on photographic expeditions to these countries.