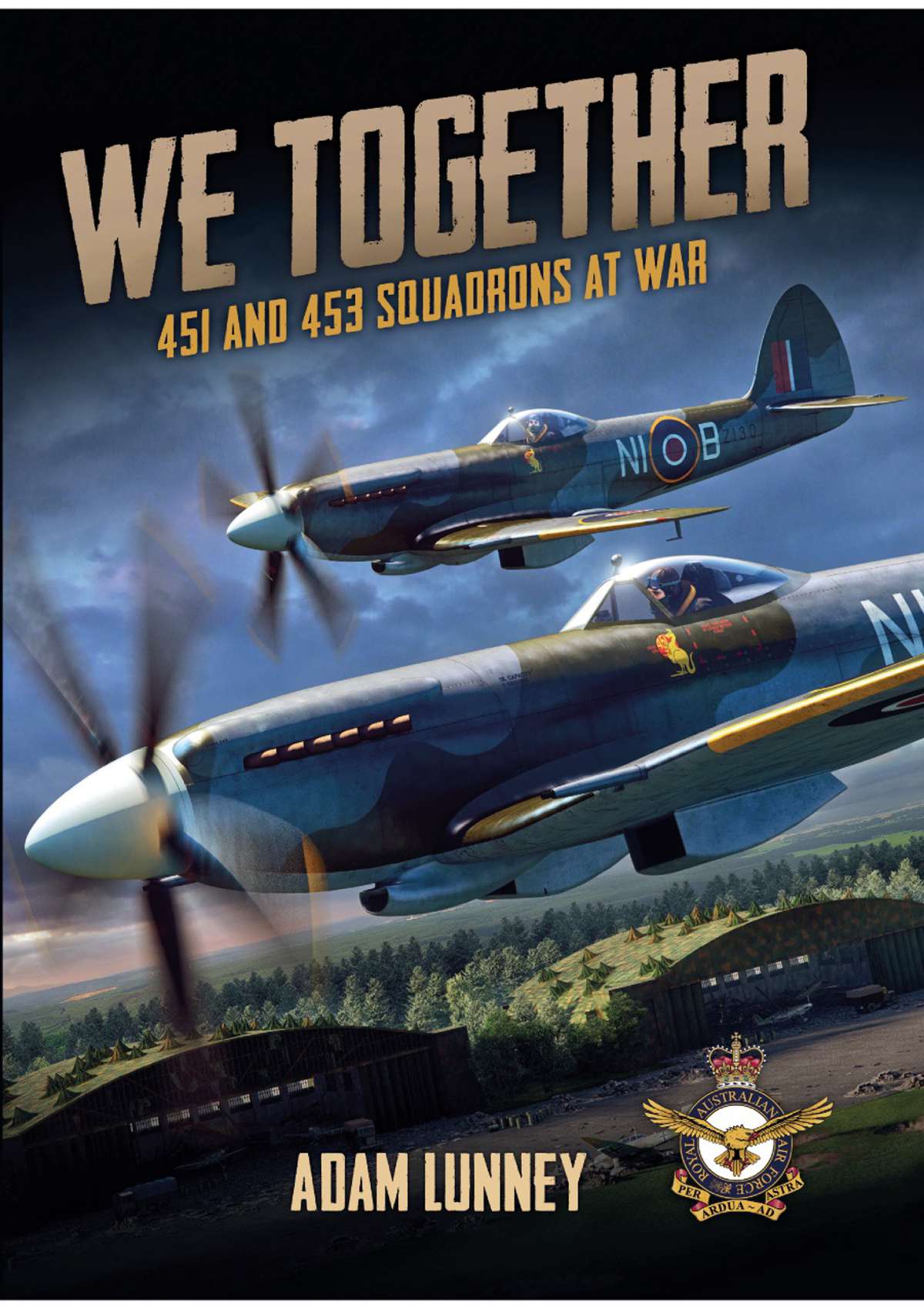 This is not a tale of fighter aces shouting "Tally-Ho" and shooting down every plane in sight. It is the history of a group of men who were bonded by war and their love of flying. 451 and 453 (RAAF) Squadrons were both formed in 1941 and would both fly and fight until the end of the Second World War. While 451 was sent to North Africa and equipped with Hurricanes, 453 was deployed to Singapore, flying Brewster Buffalos against the Japanese. Later they would both join the war in Europe, flying sorties together against V2 sites and dive-bombing targets ahead of the Allied advance. There are moments of excitement, pain, suffering, fear, boredom and laughter. Many families of the pilots involved do not even know the full story of the squadron. This book is not just the history according to the official record, but is the history informed by all available sources. Author Adam Lunney’s first book, Ready to Strike: The Spitfires and Australians of 453 (RAAF) Squadron over Normandy was highly commended by the Chief of Air Force (RAAF) in the 2018 RAAF Heritage Awards.

About the author: Adam Lunney

Adam Lunney is a Sydney-based military historian and author. He has had a life-long interest in military history and has read widely on the subject for more than 30 years. He holds a Master of Arts (Military History) from UNSW College at the Australian Defence Force Academy and is a member of the Spitfire Association (Australia). Adam has travelled to World War II battlefields from the Solomon Islands to Europe, including Normandy and Arnhem. Adam's last book, Ready to Strike: The Spitfires and Australians of 453 (RAAF) Squadron over Normandy (2018), was awarded a ‘Highly Commended’ honour by the Chief of the Air Force in the 2018 RAAF Heritage Awards, and was described as having ‘great heritage value’.