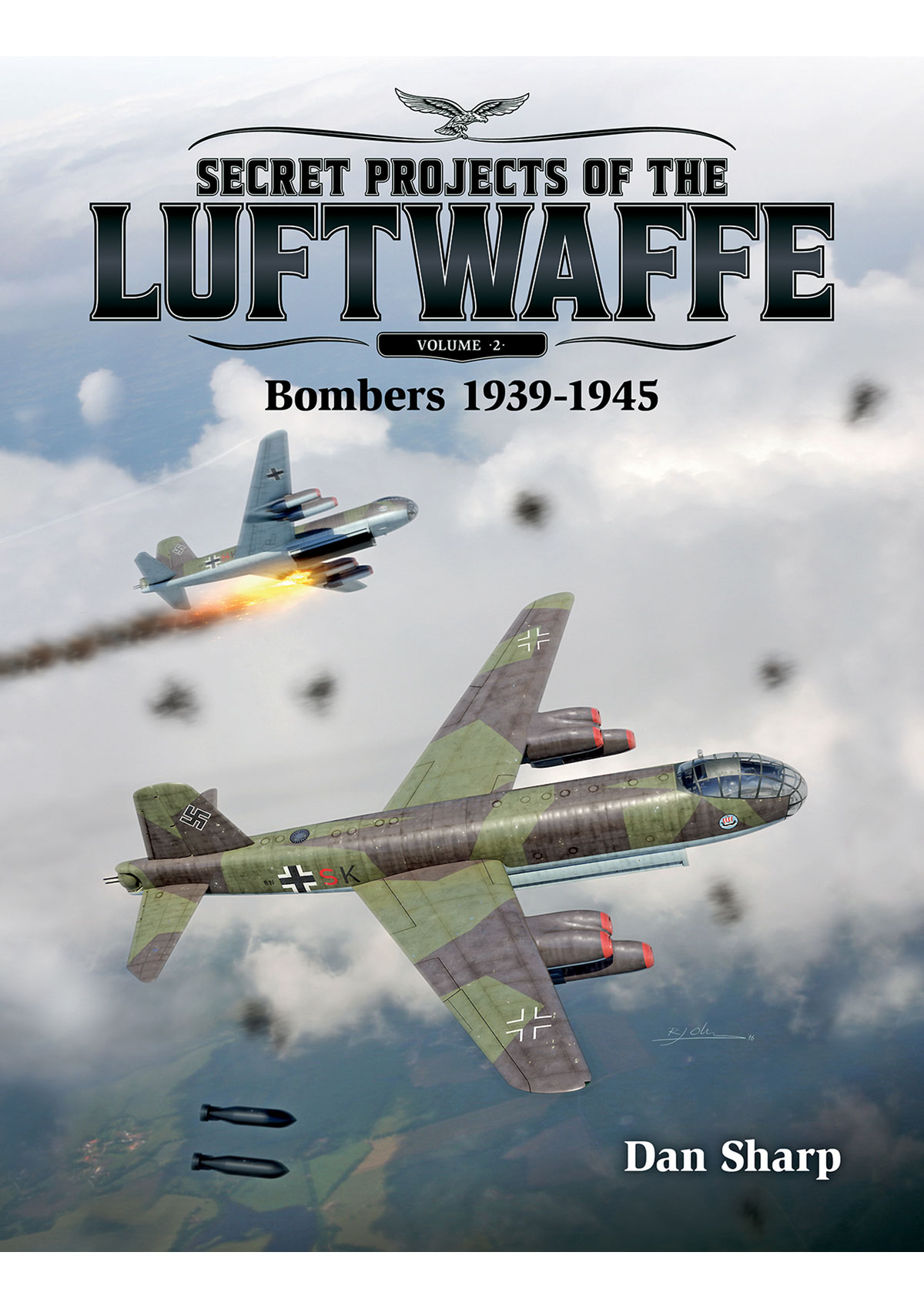 Dozens of top secret bomber designs were drawn up by the Germans during the Second World War, including gigantic flying wings, sleek jet bombers, asymmetrical bombers with the cockpit and weapons turrets on the ends of their wings and even enormous carriers for single-seat suicide bombers.

Starting with Heinkel’s He 177, the most advanced bomber design of its day in 1936, author Dan Sharp looks at the huge variety of bomber projects produced during the days of the Third Reich, uncovering a host of original and previously unseen documents to offer an unrivalled look at bombers such as the Arado E 470, E 555 and previously unknown Arado types, Junkers Ju 488, Focke-Wulf Ta 400 and Fw 300, Blohm & Voss P 163 and BV 250, Messerschmitt P 1107 and P 1108, He 343 and the so-called Daimler-Benz projects.