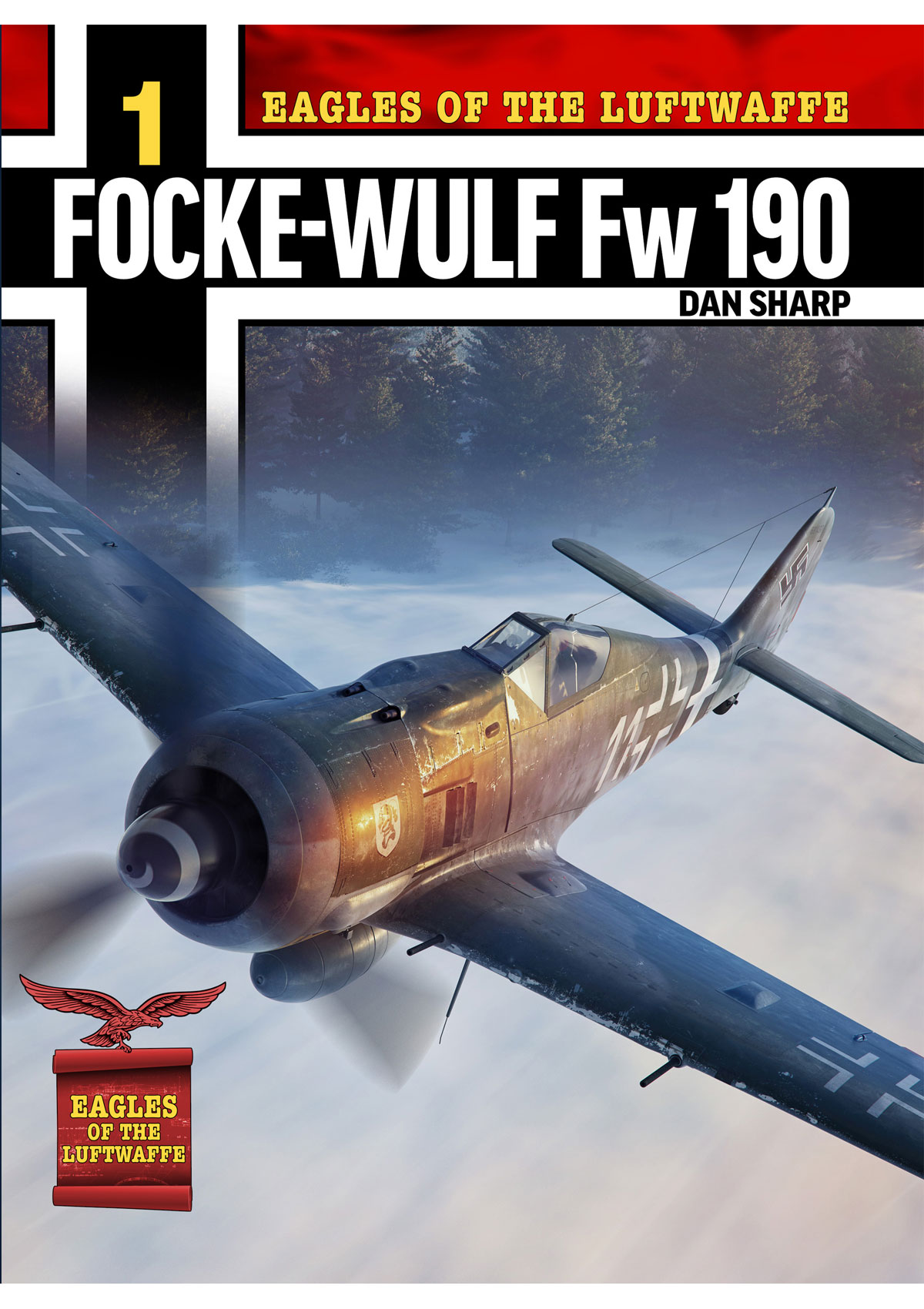 Eagles of the Luftwaffe: Focke-Wulf Fw 190


Eagles of the Luftwaffe: Focke-Wulf Fw 190

First 500 copies will be signed by author, Dan Sharp

When it appeared in the skies over Europe in 1941, the Focke-Wulf Fw 190 A was the best fighter in the world. It was more than a match for the best Spitfires the RAF could field and began shooting them down in ever-increasing numbers. Only the introduction of the Spitfire IX with its two-stage supercharged Merlin overturned its supremacy.

Alongside the Messerschmitt Bf 109, the Fw 190 is the iconic fighter of the Luftwaffe during the Second World War. It was hugely adaptable and fought on nearly all fronts, proving to be a formidable opponent.

The Fw 190 F and G fighter-bombers effectively replaced the Ju 87 Stuka in the ground-attack role in the west and provided the Luftwaffe with much-needed additional capability.

The Fw 190 was used for the Mistel flying bomb combination and as a test aircraft for the Ruhrstahl X-4 wire-guided air-to-air missile, and in its Fw 190 A-8 and A-9 forms fought on the front line right until the bitter end.

This book tells the story of the legendary fighter's A, F and G variants with previously unseen drawings and photos which shed new light on the aircraft’s origins.