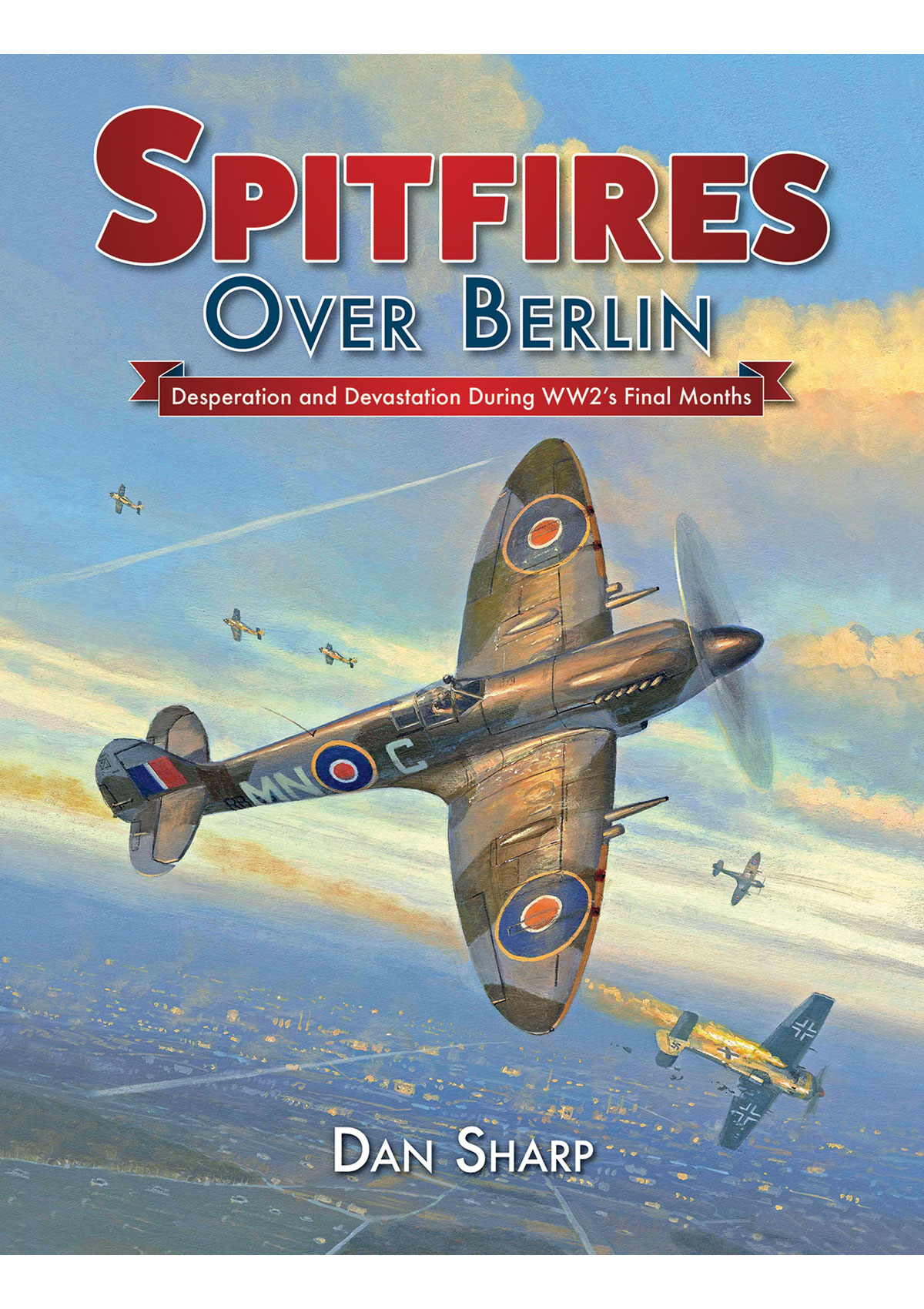 As British and American forces closed in from the west, the Russians pushed in hard from the east, and the RAF and USAAF bombed Germany every night and day, the beleaguered Luftwaffe went all-out in a last effort to defend the Fatherland during the last months of the Second World War.

Spitfires Over Berlin tells the story of the desperate battles that took place over the Western Front from January 1 to May 8, 1945.

True stories of aerial combat, courage and daring from all sides of the conflict illustrate the dramatic tale of the war’s closing chapter - from the battle between the Spitfire XIV pilots of 350 Squadron and Fw 190s over the western fringes of Berlin to the murder of a downed P-51 Mustang pilot by civilians and carefully planned ramming attacks on American bombers.

Also featured are the ‘dogfight’ between a Piper L-4H Grasshopper and a Fieseler Storch, what led a disgraced Luftwaffe pilot to fly the lethal BP 20 Natter rocket-powered interceptor, the French aces who flew for the Soviets, the fate of the US pilots who shot down a flight of Mistel combinations and much more.