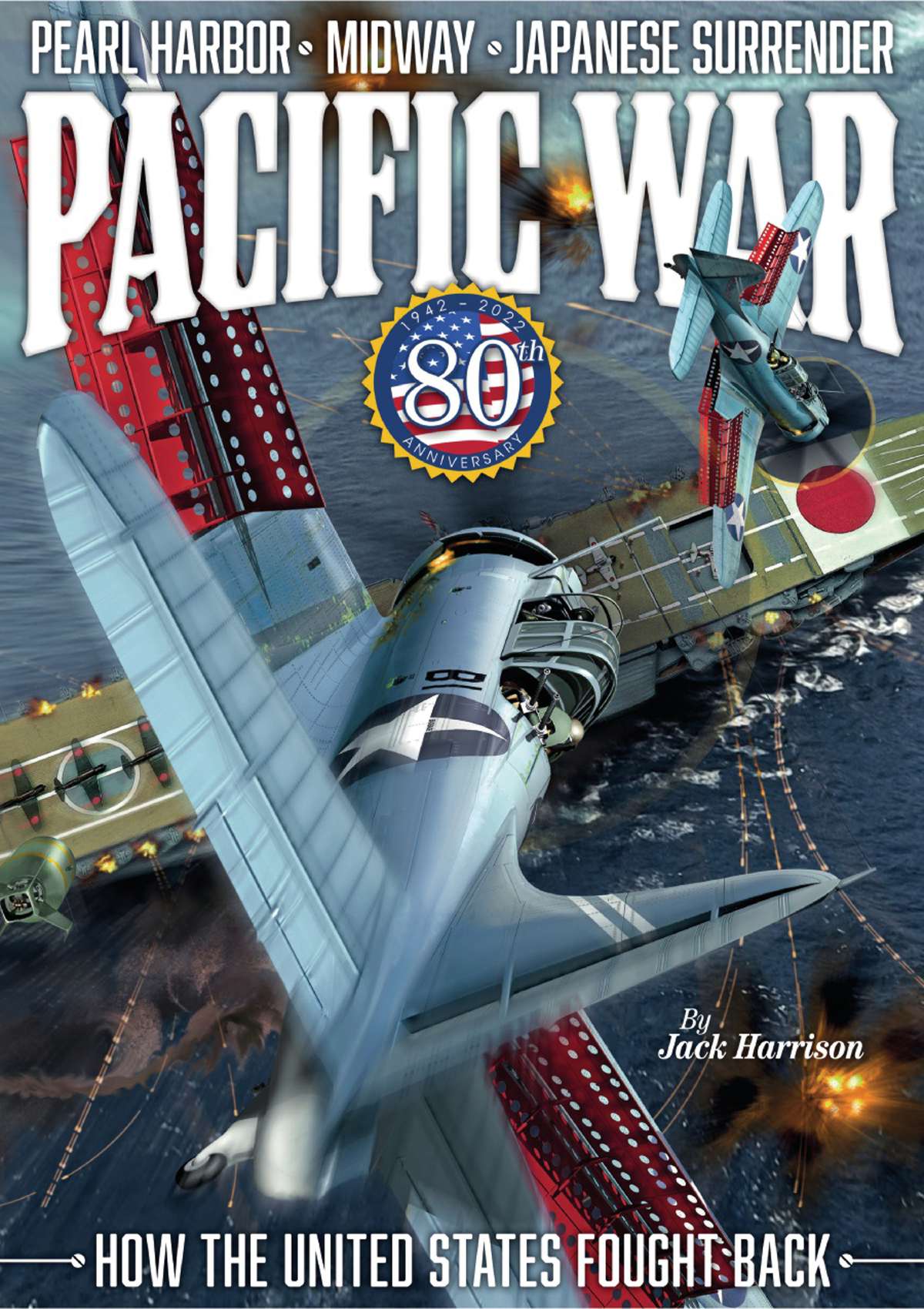 The Battle of Midway, from June 4 to June 7, 1942, was the turning point in the United States' fight against Imperial Japan during the Second World War. The US Navy's carrier fleets inflicted devastating damage on the Japanese fleet which rendered its carriers irreparable. From this point on, the Japanese would be in retreat as the Americans pushed them back towards the Japanese homeland and the eventual end of the war. 2022 marks the 80th anniversary of this battle, which has been called 'the most stunning and decisive blow in the history of naval warfare'. This is a reprint of Jack Harrison's 2017 Pacific War bookazine.