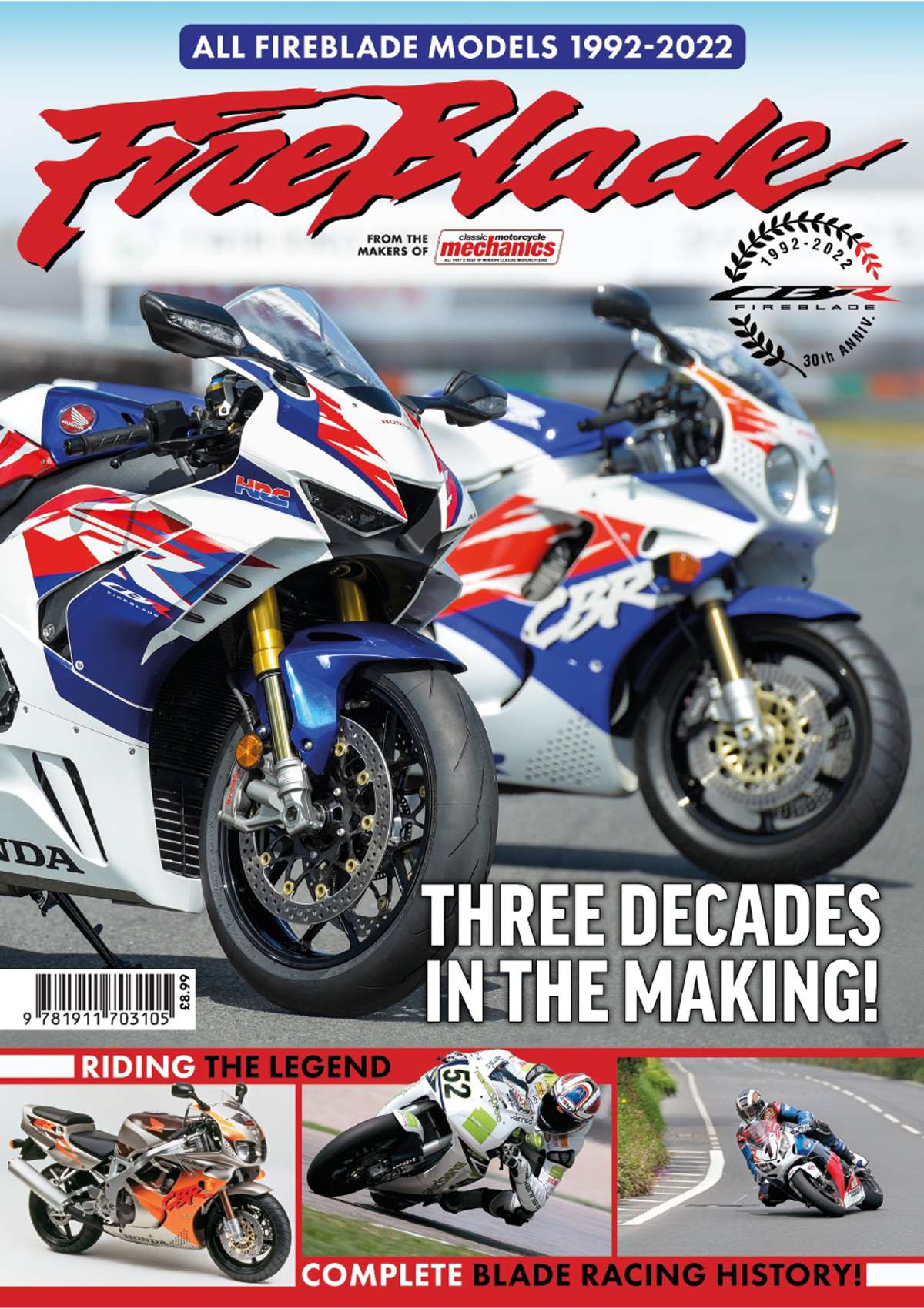 Fireblade - Three Decades in the Making


Fireblade - Three Decades in the Making

When it first appeared in 1992, Honda’s CBR900RR FireBlade was a revelation. Light, agile and powerful, it broke the 750cc sportsbike mould with its 893cc engine and established the FireBlade legend. Over the next three decades more than half a million FireBlades and Fireblades would be sold, making it one of the most successful and recognisable motorcycles on the planet. Aside from sales success, it has achieved phenomenal sporting success too - particularly in road races such as the Isle of Man TT.The latest model, the 2022 CBR1000RR-R Fireblade, is a natural evolution of the type and a worthy successor to the FireBlades of old. It represents the peak of sportsbike innovation and development today - just as the CBR900RR did back in 1992.In this fully-illustrated 132-page publication, Classic Motorcycle Mechanics editor and Fireblade fanatic Bertie Simmonds tells the complete story of this iconic model.