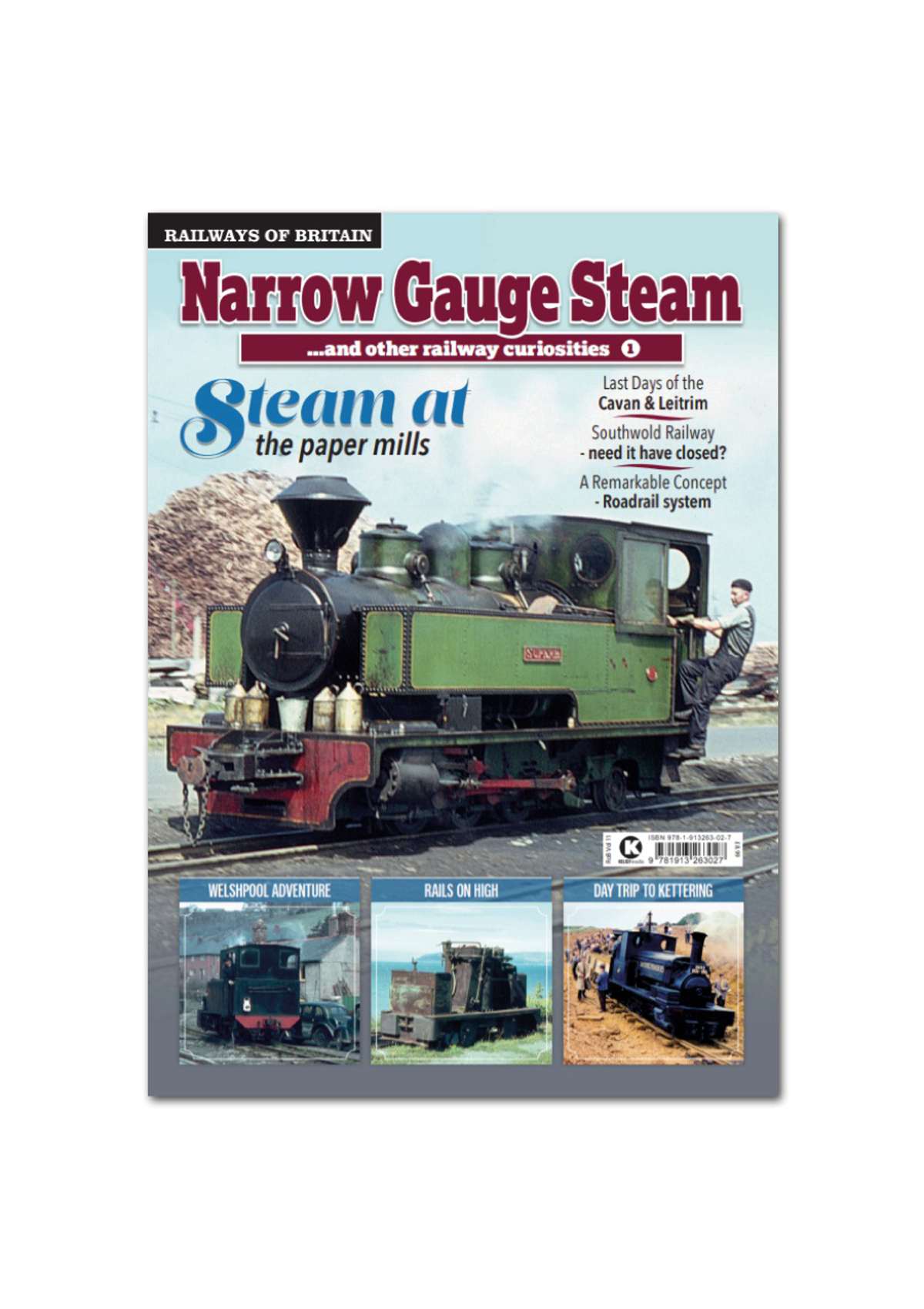 Railways of Britain - Narrow Gauge Steam ...and other Railway Curiosities. Britain was the world pioneer of railways, but the development of the narrow gauges is more of an international phenomenon. Rails of a narrower width were used where terrain was more tricky, such as mountainous regions, across rough ground – such as forested areas or supplying the trenches during wartime – and for lines in more rural, lesser populated areas, due to their lower construction and operating costs. There have been many innovations and some quite novel solutions both in Britain and overseas and a good deal of those pioneering lines are still with us today as part of our heritage scene, while others were ripped up and are now distant memories. Narrow Gauge Steam uses rare photographic collections as the basis for an exploration of these often unusual railways, plus highlights innovations, notable events and celebrates the efforts of those who are dedicated to saving as much of this lesser known aspect of railway operation as possible for posterity. From steam in the backstreets of Welshpool, to the industrial setting of the Bowaters paper mills railway, the mountain tops of North Wales quarries to pioneering diesel railcars in Ireland, and the quirky Stronach-Dutton Roadrail system exhibited at Wembley in 1924 to Australia’s Puffing Billy – there is something to delight every taste in this brand new bookazine production. This publication forms part of the Railways of Britain series published by Kelsey Media. Author/Editor: Paul Appleton. 100 Pages, A4, Perfect Bound .