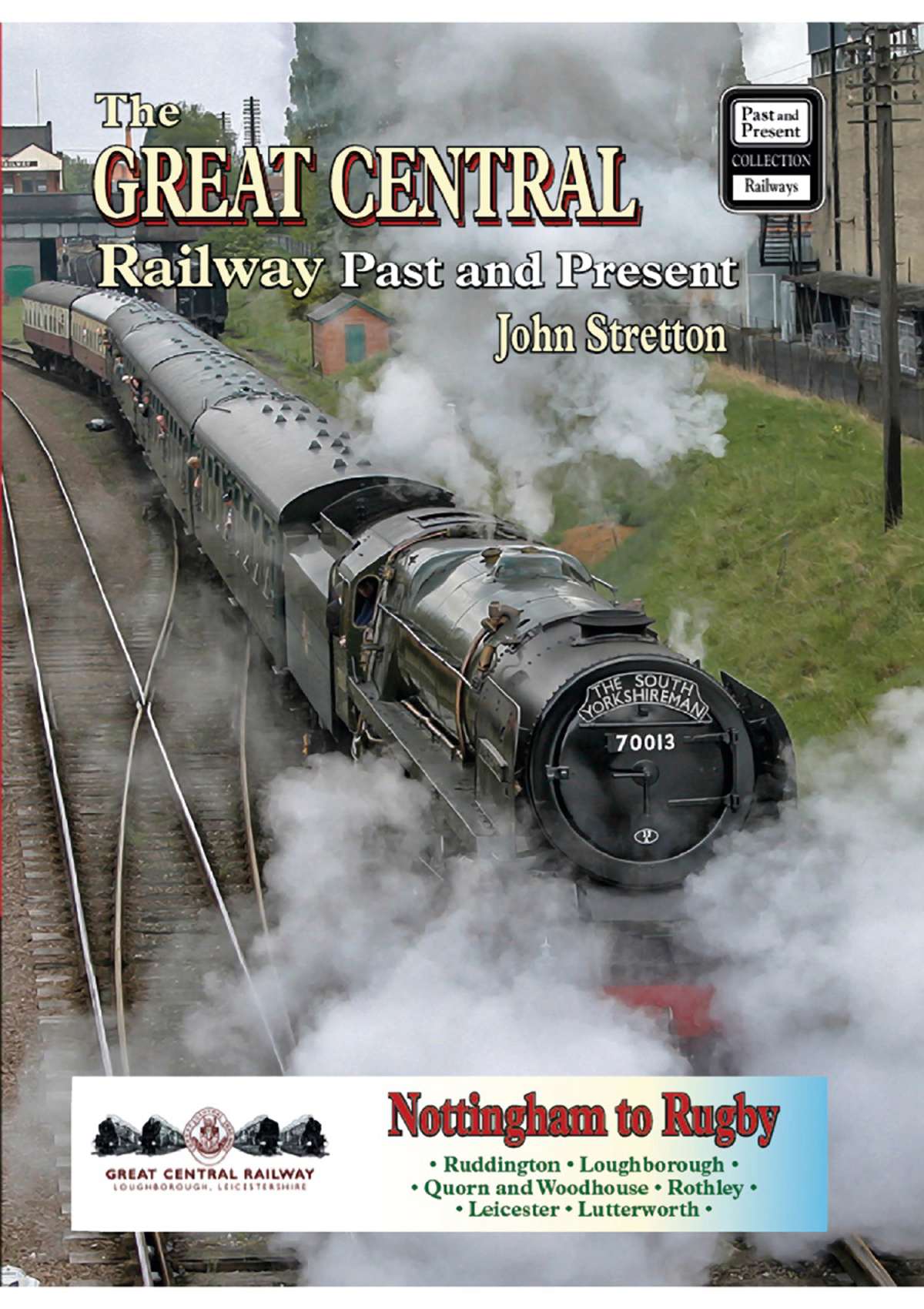 The Great Central RailwayNottingham to Rugby

The Great Central Railway's London Extension was built in 1899, to a high standard and the larger Continental loading gauge, with the intention of providing journeys from Manchester to the Continent through a projected Channel Tunnel. It was a scheme of grand pride and vision. However, the history of the line is one of gradual reduction in scope, ambition and achievement, with inherent post-war UK problems leading to the removal of the Manchester and Sheffield routes to Nottingham. The 1950s saw further reductions and decline, with the removal of prestigious named trains 'The South Yorkshireman' and 'The Master Cutler', together with the final ignominy of transfer from ex-LNER to ex-LMS control at the end of the 1950s. The GCR was further truncated, removing local services in the early 1960s, the through route to London in 1966, and closure of the final rump, from Nottingham (Arkwright Street) to Rugby, in 1969.The ending of steam on the through route in 1966 led to preservationists becoming interested and through the 1970s and beyond the sections from Ruddington to Loughborough and Loughborough to Leicester North (ex-Belgrave & Birstall) have been reopened and developed, to create the only main-line double-track preserved railway in the UK. There are plans to close the gap between the two ends at Loughborough, which will truly give travellers a recreation of some of the appeal of the lost line. This volume looks at the past views between Nottingham (Victoria) and Rugby (Central) stations, with many present-day scenes to contrast and compare, and closes with a section looking at some of the scenes that have accompanied the progress by the restorationists over the past 40 years.