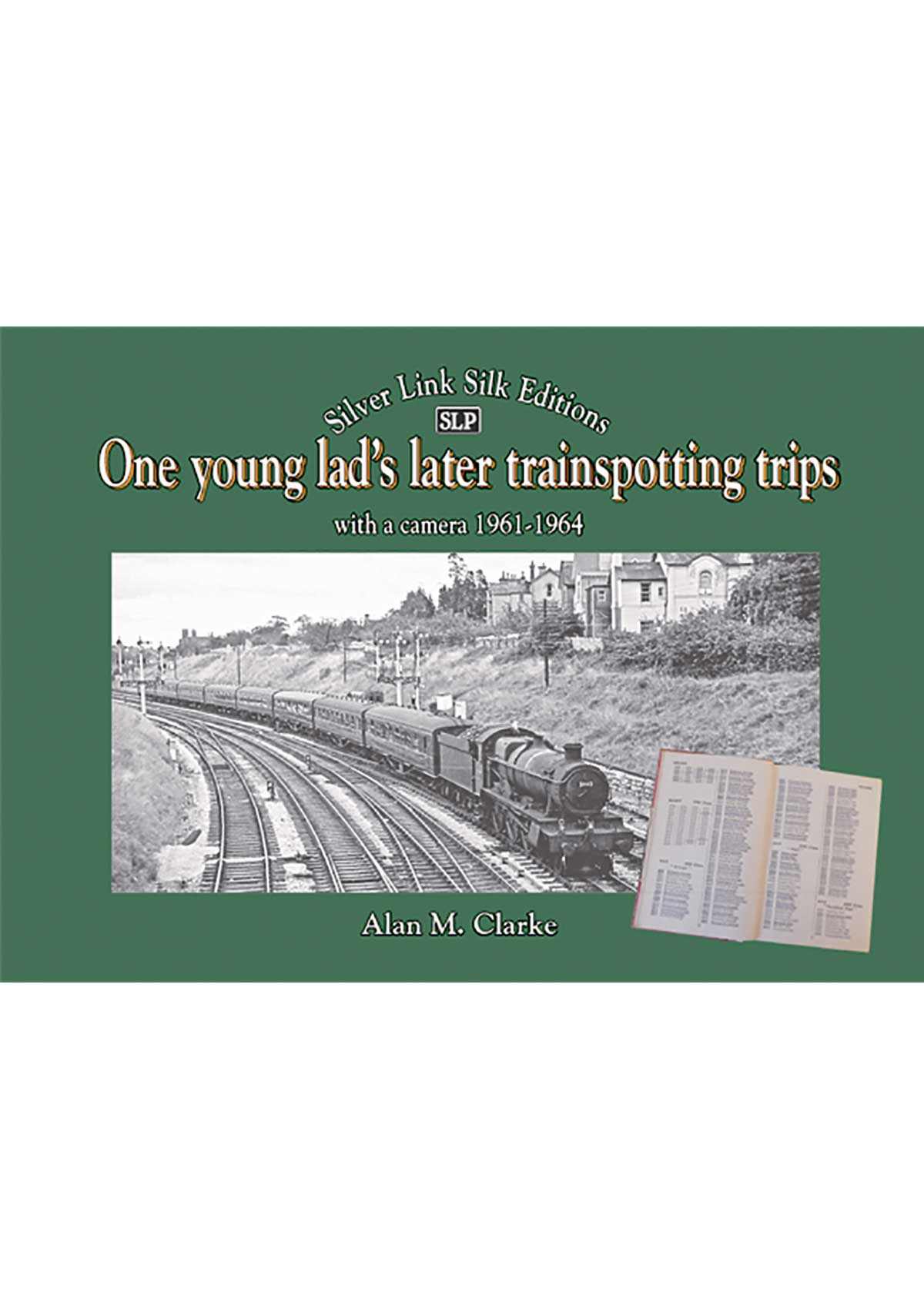 One Young Lad's Later Trainspotting Trips with a camera 1961-1964

"Like so many youngsters in the 1950s and 1960s, Alan Clarke was a keen railway enthusiast and spent a number of years out and about with his ABC Combined Volume and his camera at various rail-related locations up and down the country. Living in the middle of the country enabled young Alan to visit a number of British Railways regions, thereby gathering a wider range of locomotive numbers and types, faithfully underlining them in his combined volume and, when pocket money allowed, taking pictures as he went along.These pictures form the basis for this third volume of reminiscences of years gone but not forgotten. The development of Alan’s photographic skills unfolds before us in these evocative black and white images. Each image is accompanied by a detailed caption. The photographs are arranged in sections, one for each trip, with an explanatory introduction to each.The quality hardback Silver Link Silk Editions are limited print runs and are not intended to be available for long, so grab them while you can! There are just a few copies of the first two volumes in the set available."About the Author - Alan Clarke"For the first 18 years of my life I lived near Sheffield; consequently the LNER and LMS were initially my main focus for trainspotting and taking photographs but eventually, unbeknown to my parents, covering the UK with my exploits. During the period 1961 to 1964 I managed to take a few thousand photos of locomotives, mainly steam. Fortunately I had the sense to protect my black and white negatives and, 60 years on, they are still in very good condition, albeit now I have scanned them and they are now digitally stored as well. I always knew I would one day be able to share my memories with other enthusiasts through the medium of print and now I am in the process of selecting another 200 photos for inclusion in my third book in the series, One Young Lad’s Trainspotting Trips. Railways have played a very important part in the history and development of the UK throughout the last 200 years and I am extremely pleased that my some of my photographic efforts have been recorded in print, making them a historical reference for the future. I hope they bring back good memories for you, enjoy."