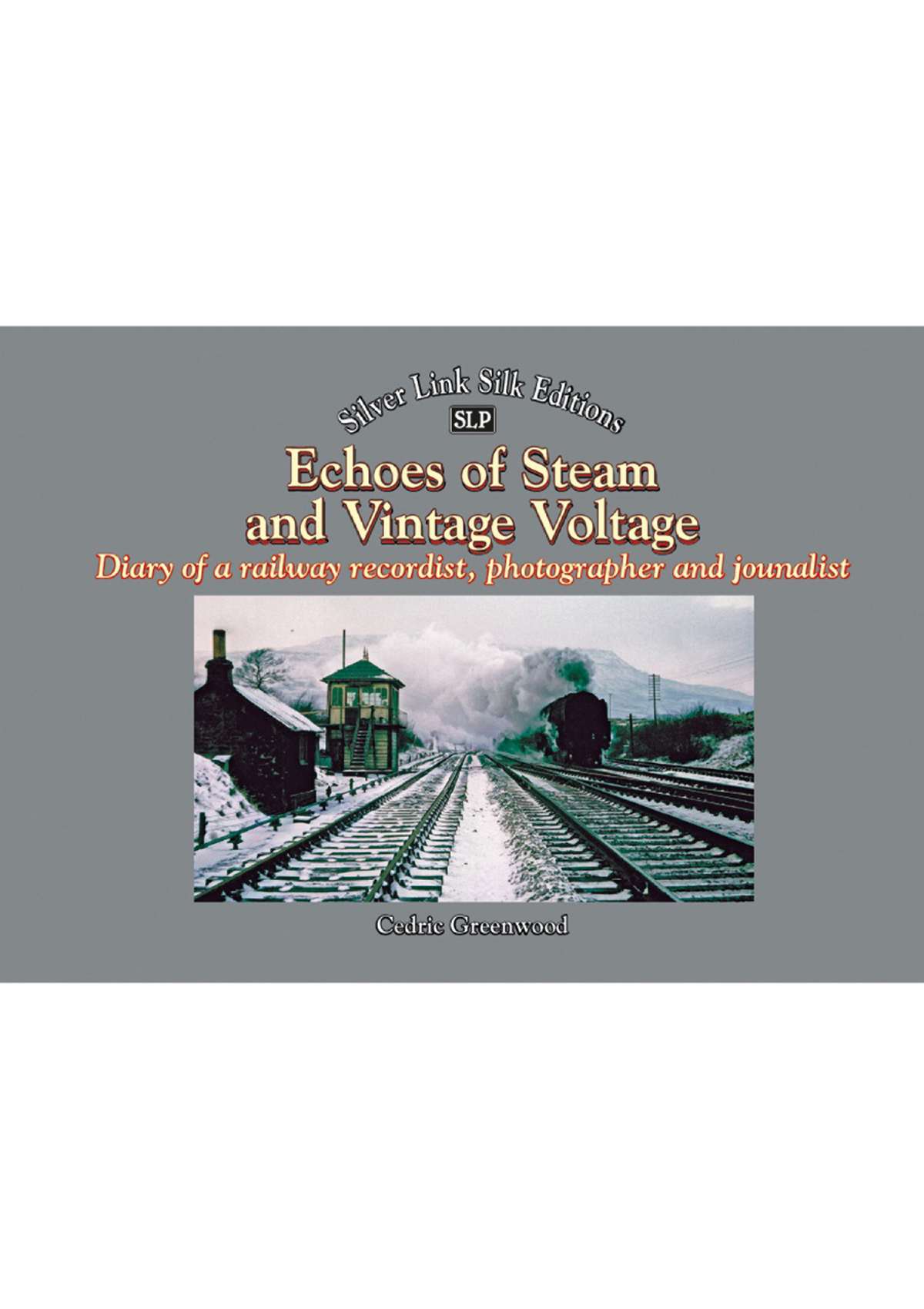 4525 - Echoes of Steam and Vintage Voltage

This is a vivid, contemporary account of the sights and sounds of the last two years of commercial steam on British Railways from the detailed diaries of a journalist, photographer and sound recordist in north-west England in that final theatre of steam operations. His descriptive text and atmospheric photographs are evocative of a lost era and the wider transport scene of that period. The author, Cedric Greenwood, begins his story as a boy on the Great Western and Southern. In his work as a newspaper reporter and feature writer he moved north to LMS country. He liked to hear Stanier and Britannia whistles echoing in the fells and the sounds of clanking siderods and squealing flanges in the goods yard and shed yard. He 'communed with the locomotives' to capture their more intimate sounds and he sought to record the whole repertoire of the sounds of steam freight and passenger operations, vestiges of a passing age. He also liked to capture the ghostly drone of vintage electric trains and tramcars, then in their last years. He photographed and recorded steam from the trackside, in the goods yard, in the shed yard, in the signal cabin, from the leading coach, from the brakevan, on the footplate, inside a tunnel and under the coaling tower. He covered mainly the Settle -Carlisle line, the Lancaster -Carlisle line and the Windermere branch, Britain's last country branch line in steam. He recorded interviews with signalmen on top of the Pennines, one of the last runs of the Belfast Boat Express from Manchester and on the footplate of the last steam freight over Shap. He was on hand to record classic wheelslip when a Black Five took four minutes to start moving out of Kendal freightyard in the early morning dew. With dedication he sometimes arose at 4 o'clock in the morning in his quest for steam and twice he rode the footplate through the night before going to the office next morning. There is a whole chapter on the isle of Man railways and tramways in 1967 and after the BR steam era he went on to record NCB steam, pre-war electric trains in and around London, Manchester, Liverpool and Glasgow, tramcars at Blackpool, ex-LNER paddle steamers on the Humber and the Firth of Clyde and half-cab Guy and Bristol buses with conductors in Chester and Midlothian. The book ends on the Chicago, South Shore & South Bend Railroad, America's last interurban, with cars that were older than most of the steam locomotives he had recorded in Britain.