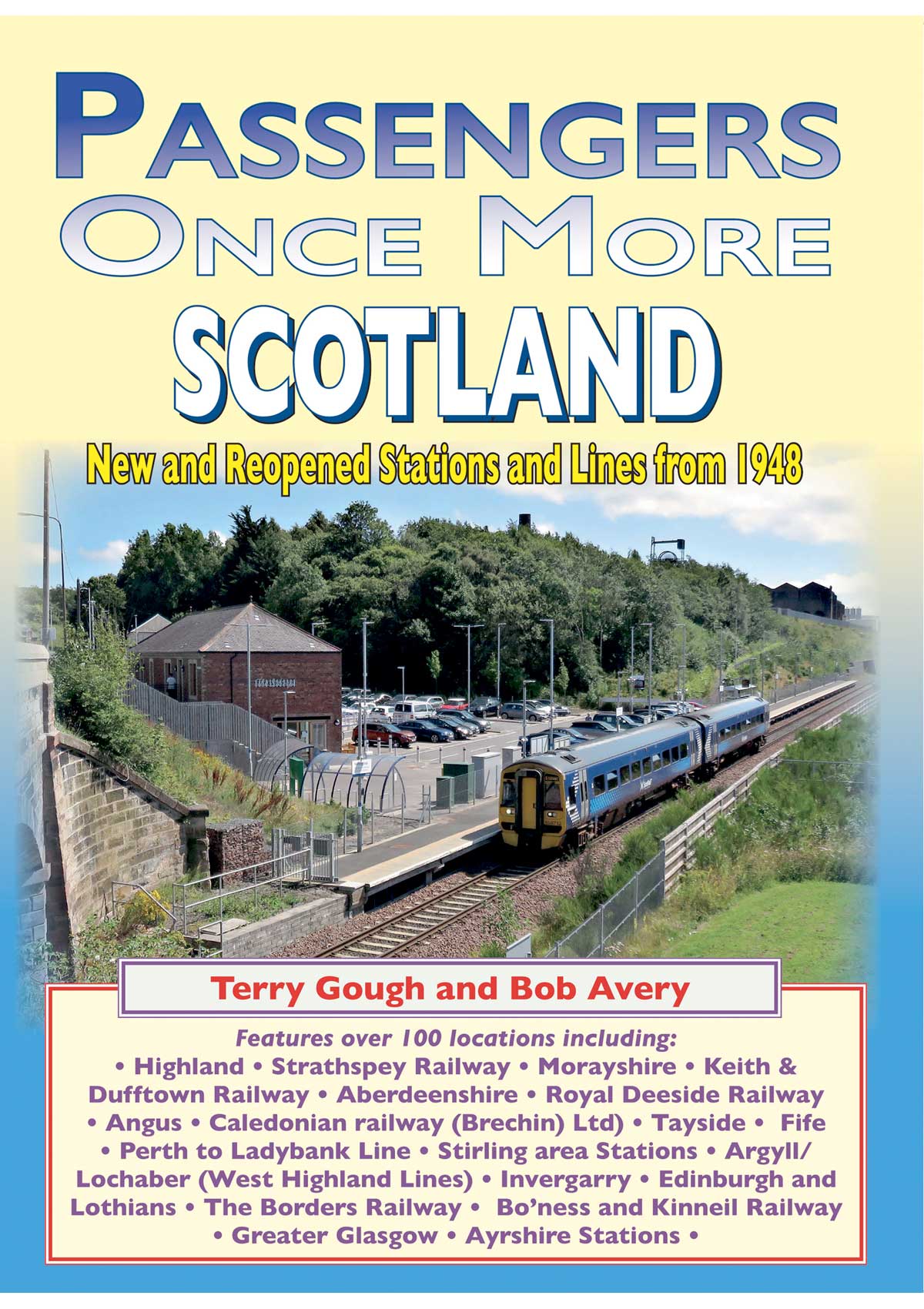 Passengers Once More is a series of books charting reinstated or new stations and lines on Britain’s rail network since nationalisation in 1948. Arranged in line and geographical order, each book in the series is copiously illustrated with photographs of all the locations featured. Data provided for each location includes: • Opening, closing and reopening dates  • Map reference • The original railway company and the company currently managing the station • Reference details to photographs of the same location published in the British Railways Past & Present series. • Comments on the frequency of the service, reasons for opening/reopening and other features as appropriate. This fifth book in the series, by Terry Gough and Bob Avery, takes us to Scotland, covering all relevant stations and lines from the smallest halt to the major station developments and the popular new line reopenings."About the Authors: Trevor Gough & Bob Avery"The late Terry Gough will be well known among railway enthusiasts and indeed the industry, having written several books for Silver Link and been involved with a number of rail line support groups over many years. Terry instigated the Passengers Once More series and had started this volume before his untimely passing in 2019. His good friend Bob Avery has completed this fifth volume in the series.  Bob Avery has been inseparable from trains and railways since the age of three. He said: “This has taken many forms, but the common denominator has been an urge to recreate railway shapes, scenes and atmospheres, through the media of (initially) clockwork train sets, maturing through art, more serious modelling, photography and writing. An adjunct to all this has been a 43-year career in railway operations, most of which has been on a 24/7 basis. Retirement came in 2015.  “A childhood two-year residence in the United States taught me at an early age that railways in other lands were sources of immense fascination, from massive freights in North America to the charisma of the Indian subcontinent. I’ve been fortunate to travel a great deal in this quest, and is a continuing passion.I’ve also been instrumental in the production of several rail-enthusiast oriented video programmes and DVDs, primarily in a scriptwriting role, but occasionally from behind the camera. “I still enjoy observing and photographing railways in the United Kingdom, in particular the scenic routes in the North of England and Scotland, which has been my home for the last 34 years. Long may this continue!”"