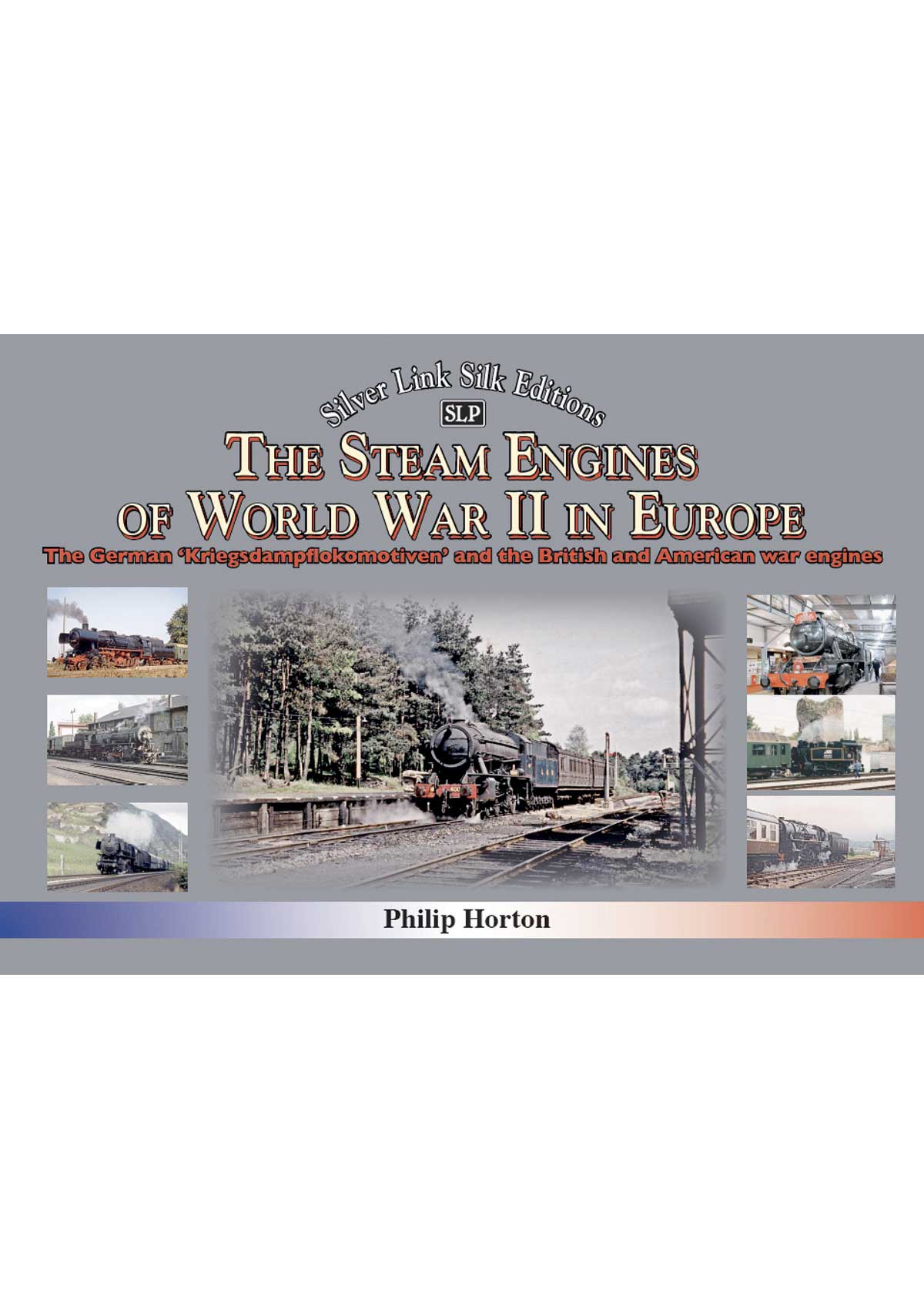 5690 - The Steam Engines of World War II in Europe

The German ‘Kriegsdampflokomotiven’ and the British and American war engines"Few events had a greater influence on Europe’s railways in the 20th century than the Second World War.As described in this book, thousands of steam engines were produced for the conflict by all sides. Although many were damaged during the war, most survived. Indeed, many of the British and American engines arrived in Europe too late and were immediately put into store. They and their German contemporaries were to form a mainstay of the peacetime railways of Europe and Great Britain, in many cases until the end of steam. Many other ex-war engines found employment on the Continent’s heritage railways.  The author first encountered these engines while trainspotting in the late 1950s. At the end of GB steam he extended his interest to the Continent. With the help of like-minded enthusiasts this book records his pursuit of these engines, when they were still at work and in preservation."About the Author : Phil Horton"Philip Horton was born in Bath in 1947 and was educated there before leaving to go to university. He developed an early interest in two rather disparate subjects: natural history and railways. Both have stayed with him, the first as a career, the second as a hobby. In 1969 he graduated with an Honours Degree in Botany from University College London and joined the Nature Conservancy Council as their field officer for Wiltshire. After posts in Kent and North Yorkshire he joined the NCC’s Peterborough office in 1985. The family moved to Castle Bytham in Lincolnshire where Philip and his wife Susan still live.  He started trainspotting in 1959 when BR was in a state of flux, culminating in 1963 with the publication of the Beeching Report. Already fascinated by railways, he realised that the scene would be changed forever. He decided that he would try to travel on as many of the lines affected as possible. Starting in south-west England, he eventually covered many lines in both England and Wales. These included one of his favourites, the former Somerset & Dorset from Bath Green Park to Bournemouth. Since then he has followed and photographed Britain’s railway scene. After the end of BR steam in 1968 he turned his attention to the Continent and travelled widely in both Western and Eastern Europe, in many cases travelling with his wife, who is a linguist. In recent years he has made good use of the material collected in a series of books published by Silver Link. He has had numerous articles published on a wide range of railway-related topics over more than 30 years. Latterly he has been a regular contributor to the magazine Narrow Gauge World. It is, however, only since his retirement from English Nature that his first book: Volume 1 of his ‘Beeching Legacy’ series: ‘The West Country’, based on his travels in the 1960s, was published by Silver Link in 2010. Four more volumes followed, which cover the whole of Wales and southern England respectively. A second edition of Volume 1 is about to be published. Three of his books: The Last Years of BR Steam Around Bath (no. 64), Rails to the Yorkshire Coast (no. 86) and The East German Narrow Gauge (no. 101) have appeared in Silver Link’s Nostalgia Collection."24-Mar-20