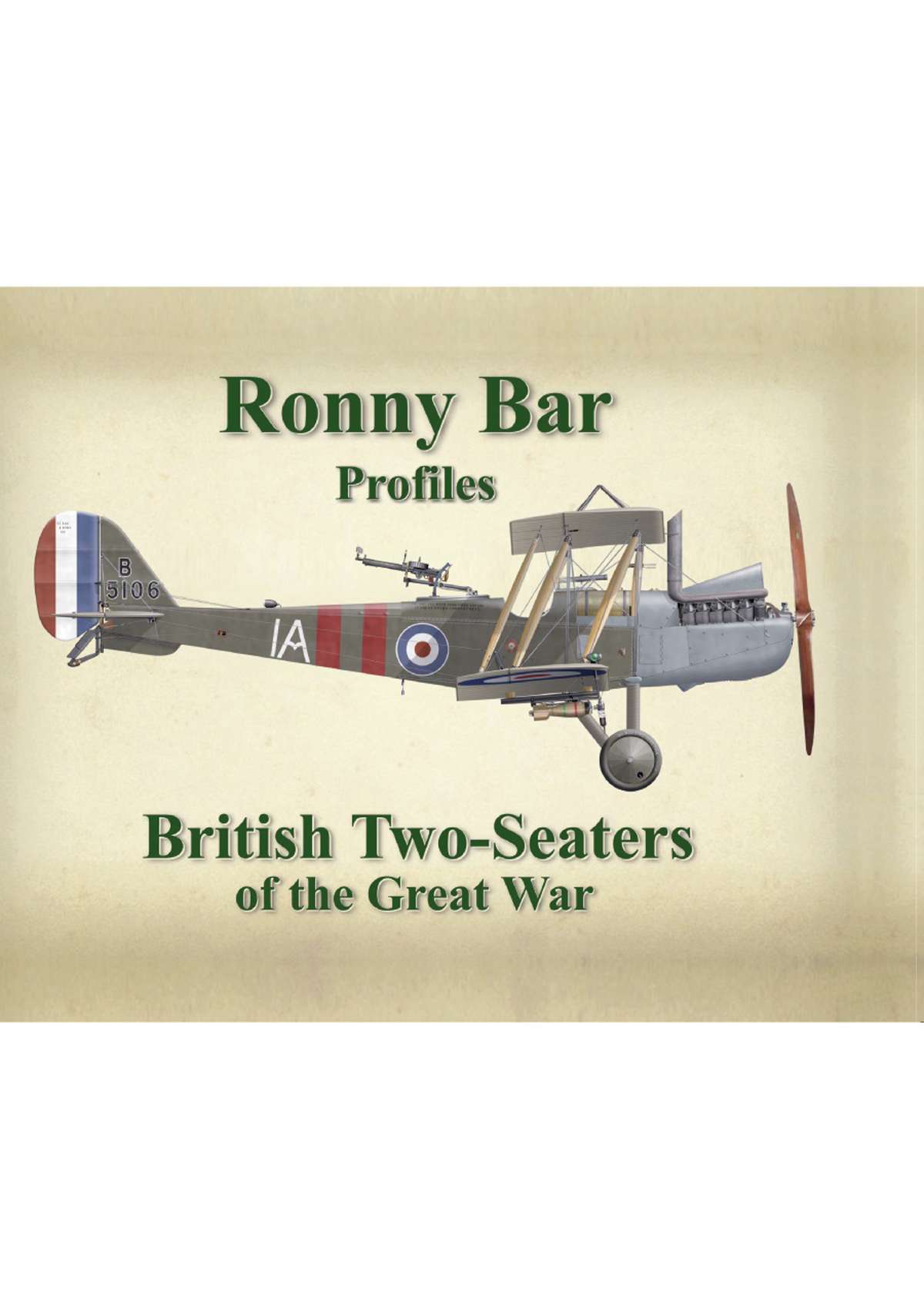 British Two-Seaters of The Great War

Artist Ronny Bar, a member of director Sir Peter Jackson’s New Zealand-based Wingnut Wings team, presents the first collection of his astonishingly detailed First World War aircraft profiles – British Two-Seaters of the Great War. Two-seater aircraft were the workhorses of the Royal Flying Corps and from 1918 the Royal Air Force, operated in a wide variety of roles such as training, artillery spotting, reconnaissance, communications, coastal patrol and even bombing. Some, such as the B.E.2c and R.E.8, became notorious while others such as the Bristol F.2B fighter proved popular and reliable. What they lacked in glamour and aesthetic appeal, these aircraft made up for with their purposeful looks, practical design and do-it-all usefulness over the battlefield.