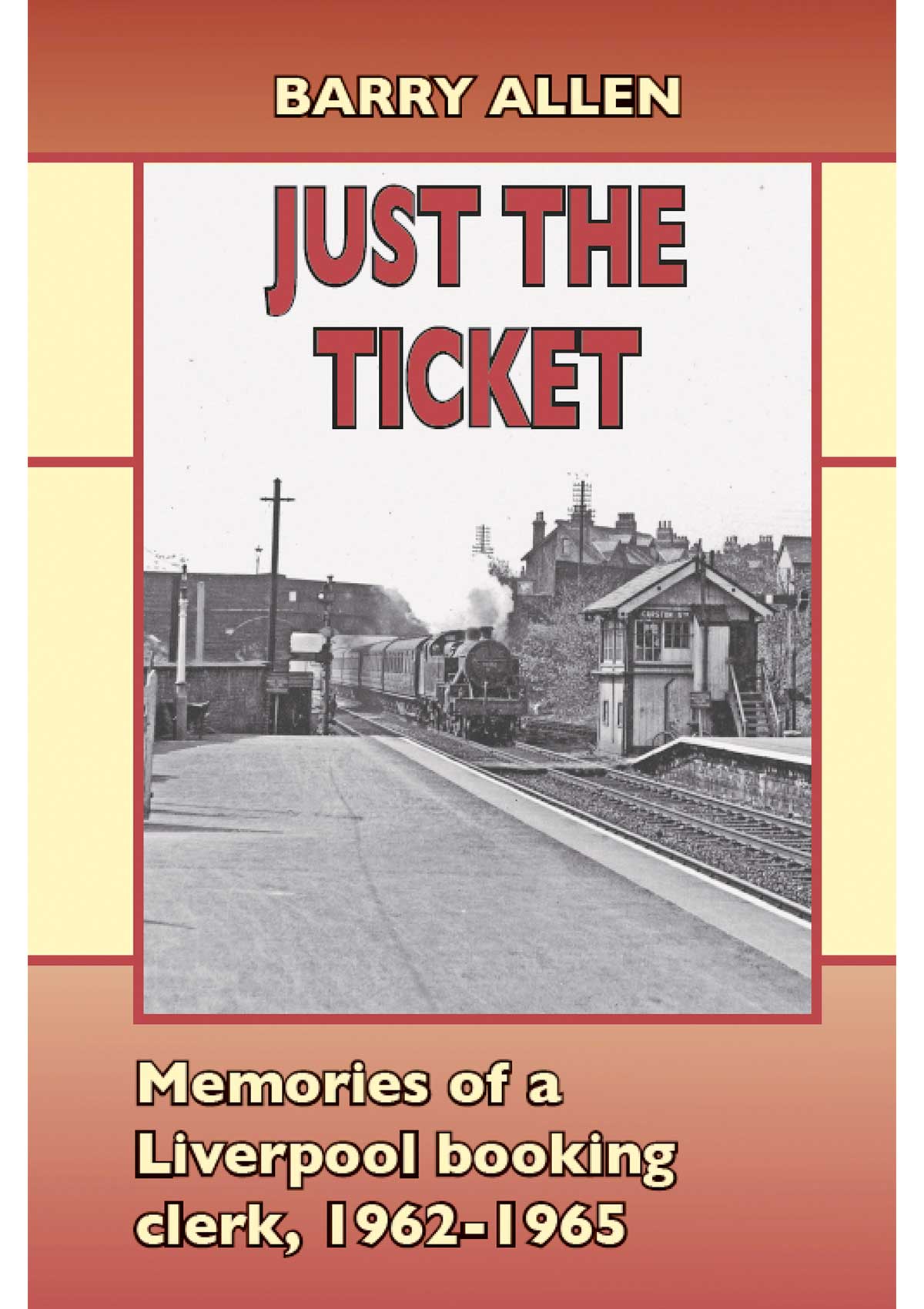 Written by a booking clerk, an occupation most people might think dull and uninteresting, Just the Ticket reflects on Barry Allen’s career in this profession. Barry’s own exploits in this job could hardly be described as dull!Humour forms the basis of his story, without which life would be much the poorer. All the events included in the book are based on fact, although most individuals mentioned are now retired or sadly deceased.Barry’s career with British Railways was extremely short, a mere three years. It began during the twilight of steam, a period best known to railwaymen as pre-Beeching, when Britain still had a large railway system, and perhaps a happy one! Modernisation was on the march, but BR still managed to convey cattle, horses and pigeons. Steam, like the whale, fought for survival, clinging wearily to its now precarious throne. Not infrequently would he witness a diesel or electric locomotive’s demise, steam deputising with apparent relish, the drivers sometimes achieving the impossible with their run-down chargers.Electrification, still the order of the day, spread slowly northwards, erasing the old stations with precision. Gone forever were the glowing coal fires, polished brasswork and hissing gas lamps, and with them went the atmosphere of warmth and welcome. The latter vanished unseen, never to be replaced by any modern structure.It was into this changing world that Barry Allen stepped, with the self assurance and naivety of a schoolboy, who, after spending his life trainspotting on busy station platforms, thought he knew all about railways and the people who ran them. Surprisingly he learned that not all engine drivers stood next to God, and for the man on the dole the railway was often the last resort, with its poor pay and unsociable hours.Although Barry’s story concerns events relating to the North West, a lot of his experiences were undoubtedly acted out by other individuals, in stations the length and breadth of the UK. “I never wanted to become a booking clerk, but fate, that irrepressible force, decreed otherwise. To a steam-mad 16-year-old, a booking clerk was indeed a most boring occupation, and certainly one to be avoided at all costs…”"